This weekend was Paths of Glory '12 held at Perkins hobby house in Petawawa.  This was a 1500 pt MW tournament and there were 22 or so players from the surrounding area and Ottawa.  As always the tournament was first class and a special thanks to Bob for running it for us and Gary the owner of Perkins for running it for us.  I've got photos from all my games and I'll be posting battle reports as fast as I can (I now have 6 that I need to post).

Winners:
Best Overall Denis with Free French Armoured Rifles
Best General Ian with Italitan Bersigler
Best Army was a tie between Rob with Canadians and I with DAK
Best Sport was Darby with Tigers

Here are some shots of the armies, take a look at the Free French by Denis. 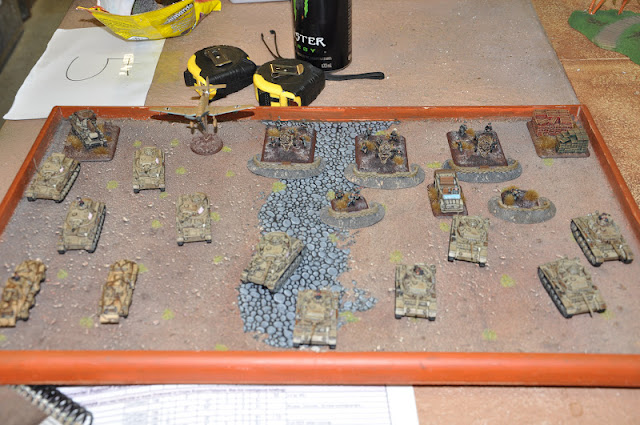 DAK vs German Infantry in Encounter