British 8th Army Infantry vs German Shrutzen in Dust Up 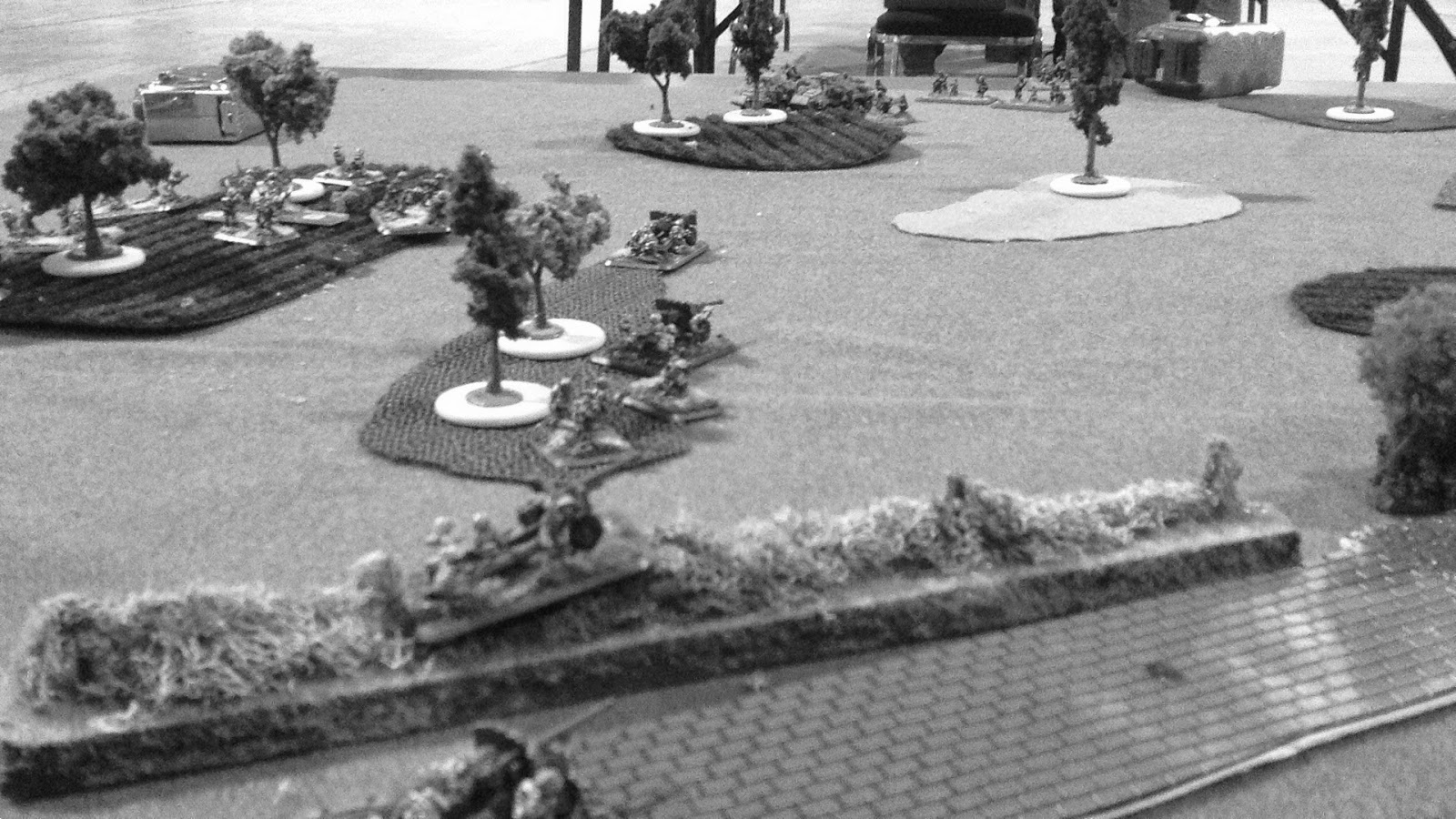 The final game of teh Enbicon 2015 1390 EW tournament was against Mitch.  Mitch is part of the New Minas gaming crew that drove down for the event. The game was played on a densely wooded table and we were both playing infantry companies.  The mission was Dust Up and it promised to be a real slugfest with more an a few assaults. 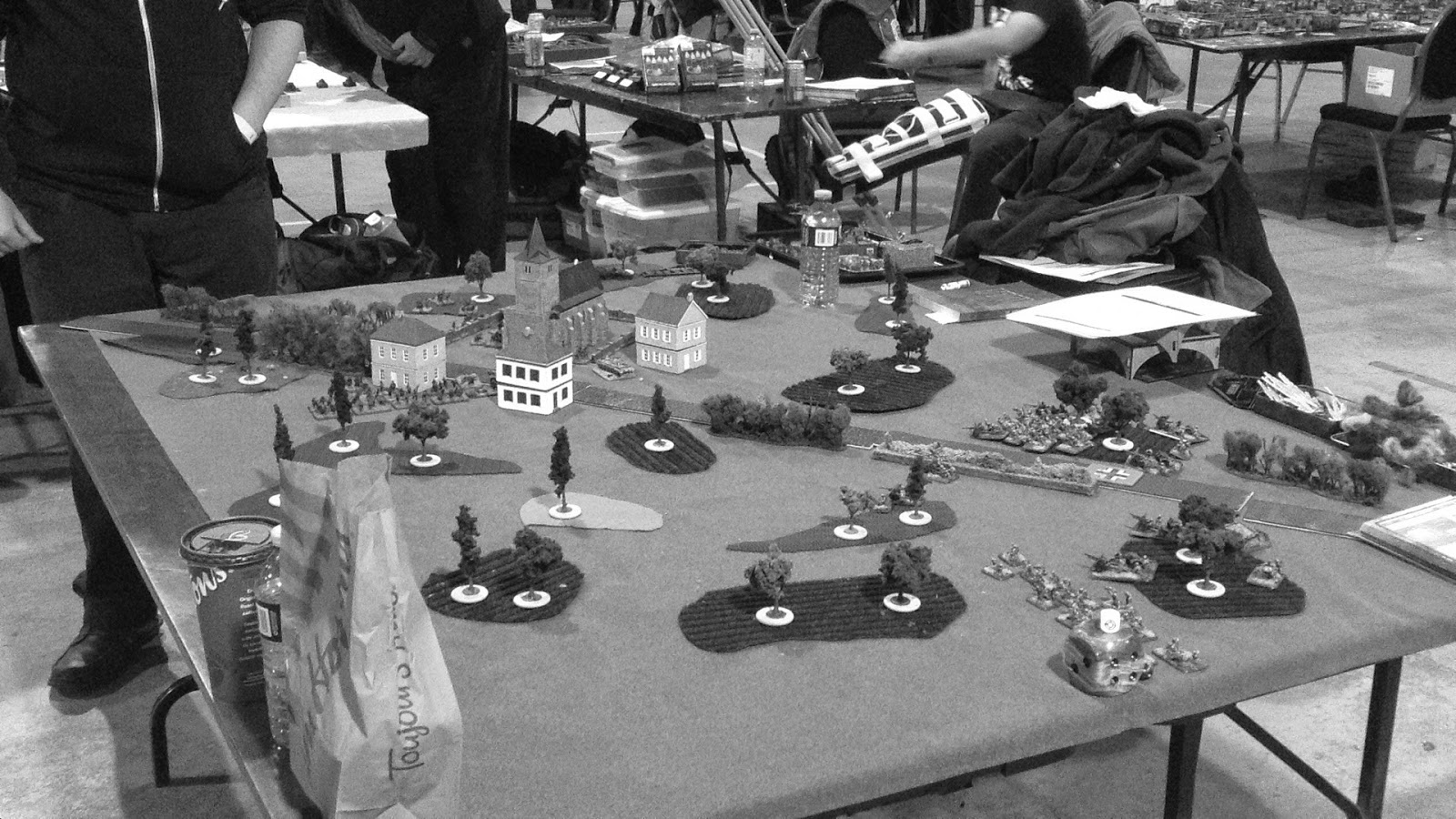 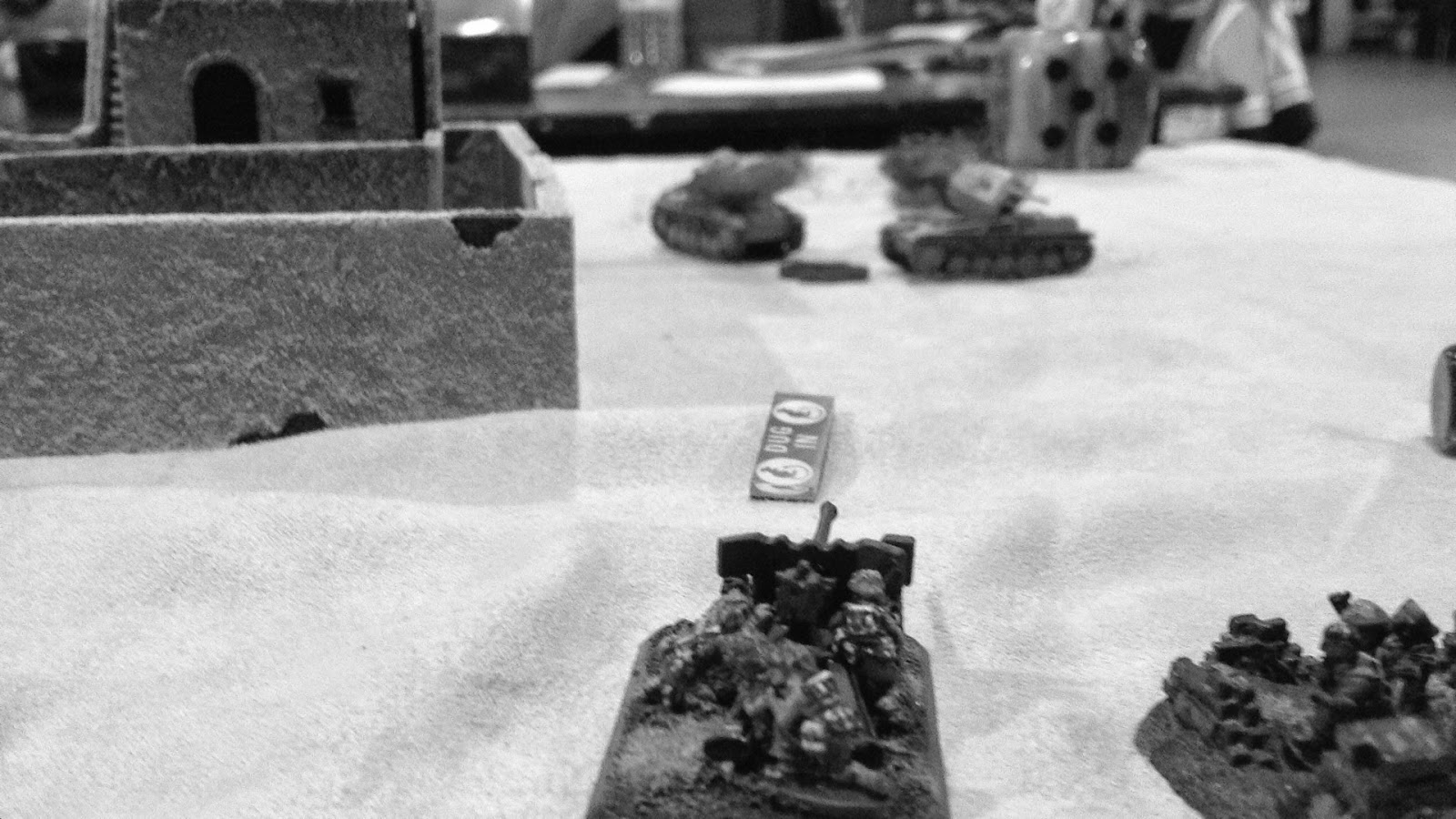 8th Army AT gunners taking out Panzers like a boss!

Game 2 of the Enbicon 2015 1390 EW tournament was against Mark and his DAK Panzers.  We were lucky enough to play on the desert table with Monty's own 8th Army attempting to defend against the Desert Foxes own. This battle field was a combination of both Mark and my terrain and that made it doubly enjoyable. 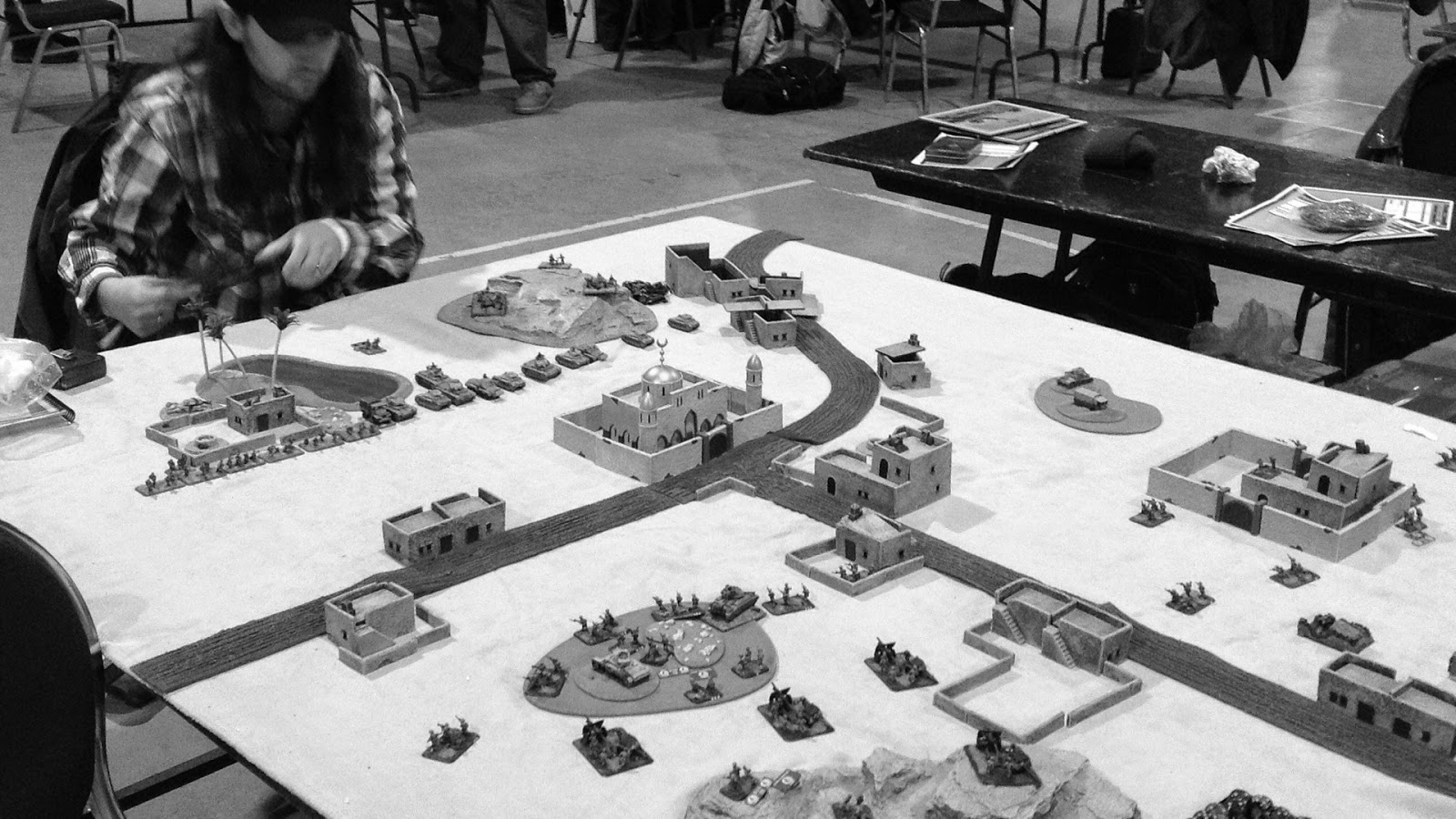 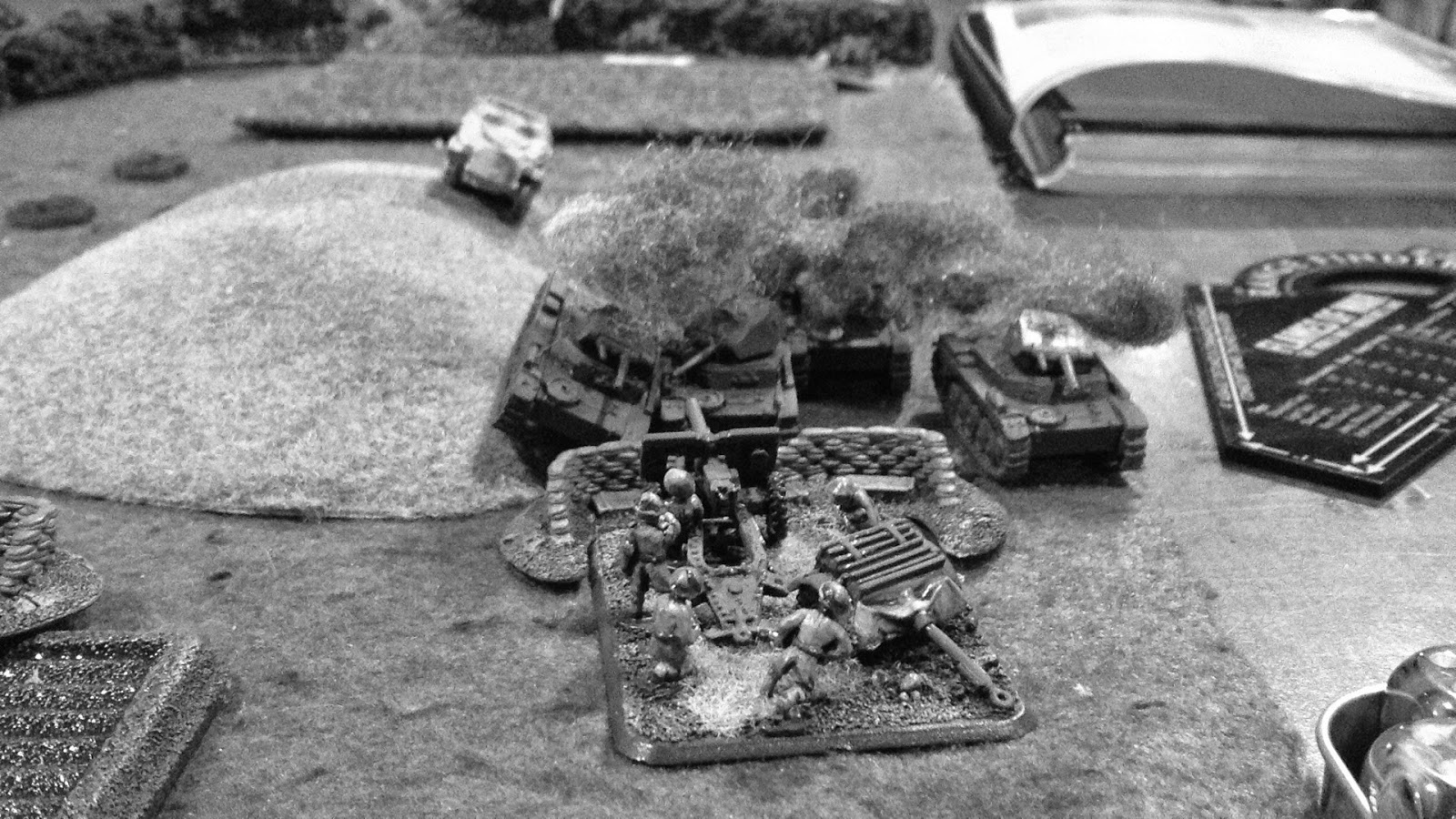 This weekend was Enbicon 2015 which featured a 1390 EW tournament.  I was playing Brit 8th Army Infantry and my first opponent was Quinton who way playing German Mechanized Infantry. The mission was Breakthrough. 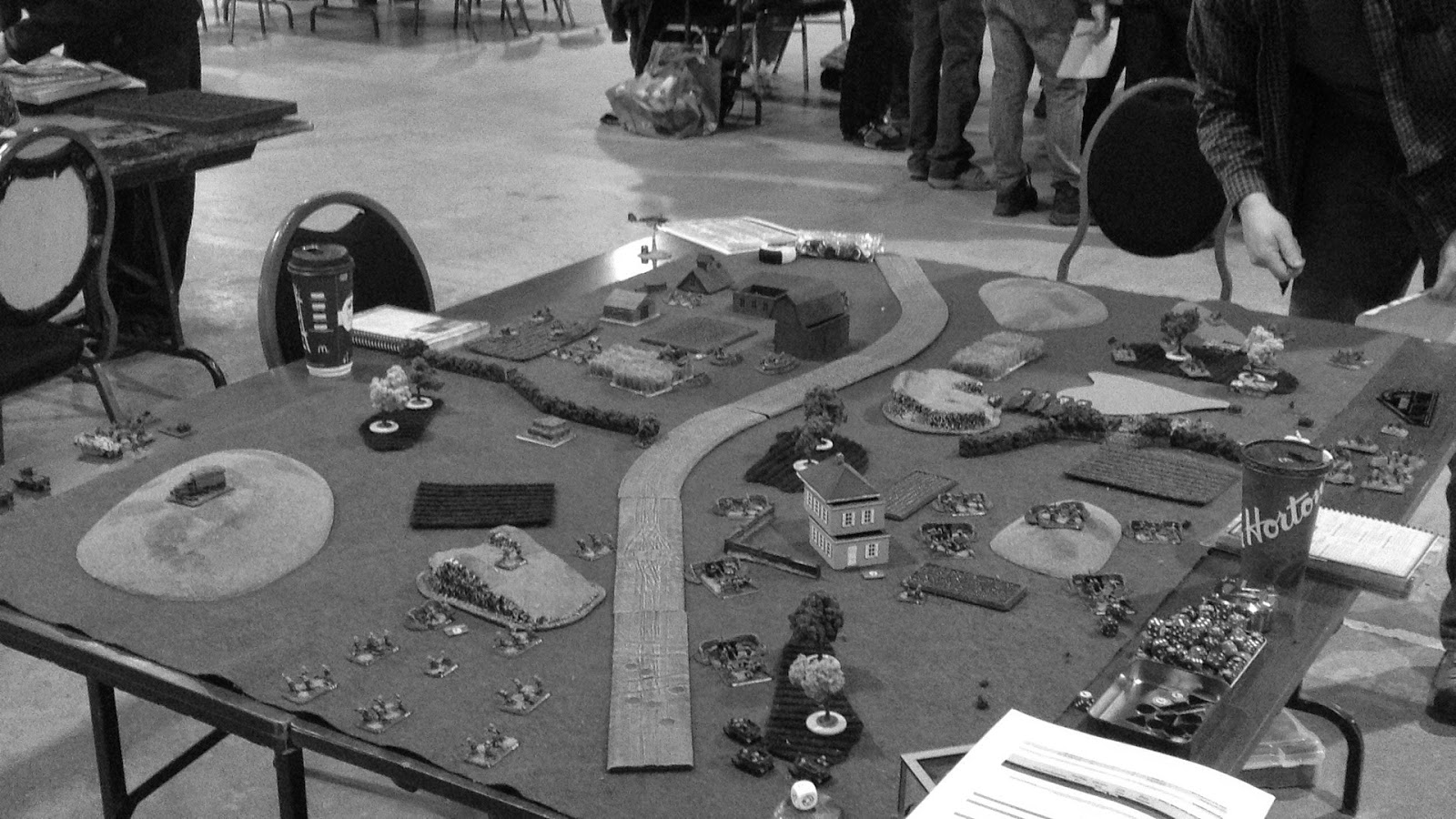 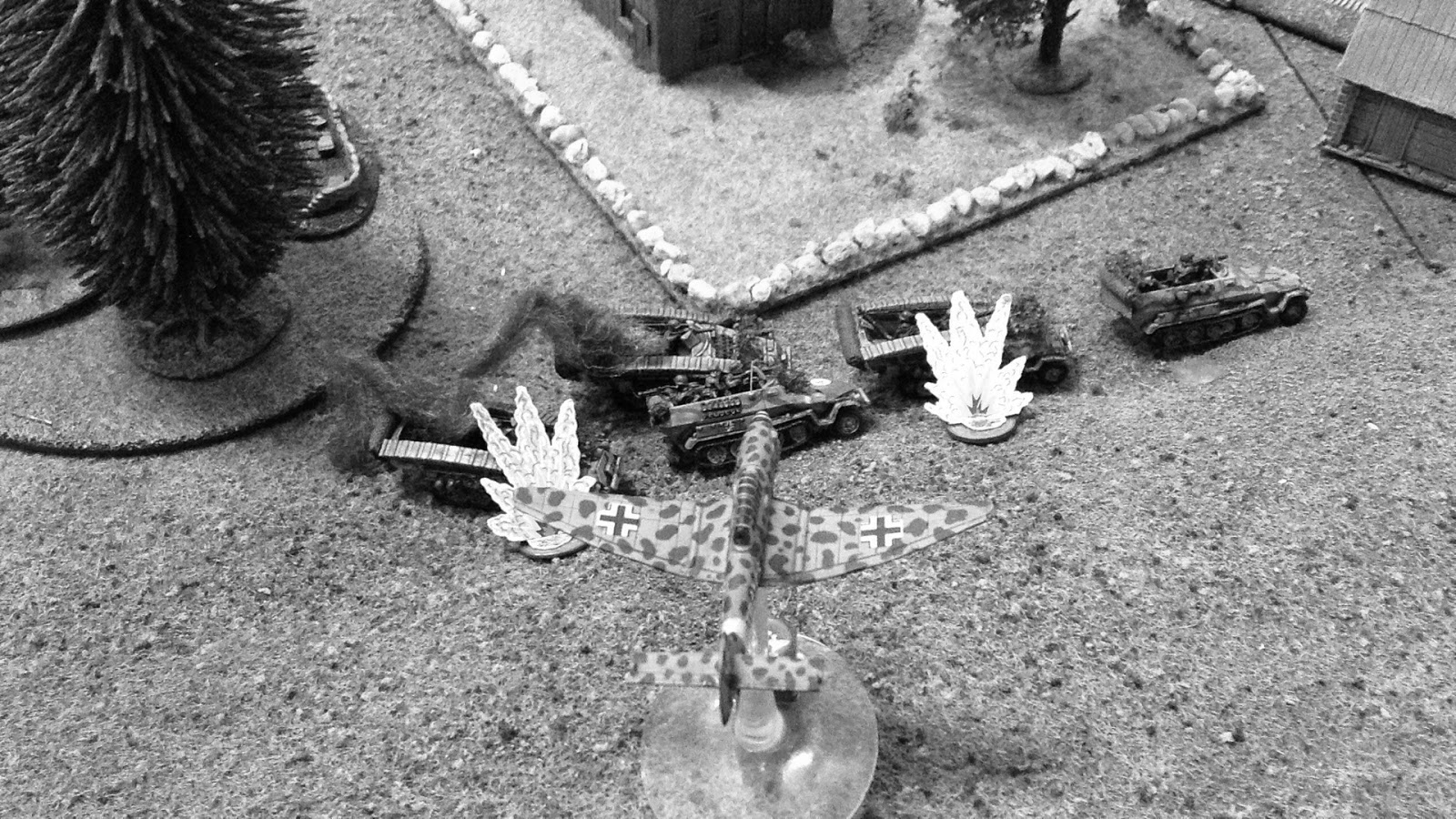 Stukas catch the half tracks in the open and make them pay!

The final game of the GameTronics 1710 MW tournament was against Stormtrooper Nick.  He and I were joking that this would be another rematch.  As always games against Nick end up being a knife fight in a phone booth  The mission was Cauldron, which isn't a mission that is played often in tournaments because it is so random in the deployment. 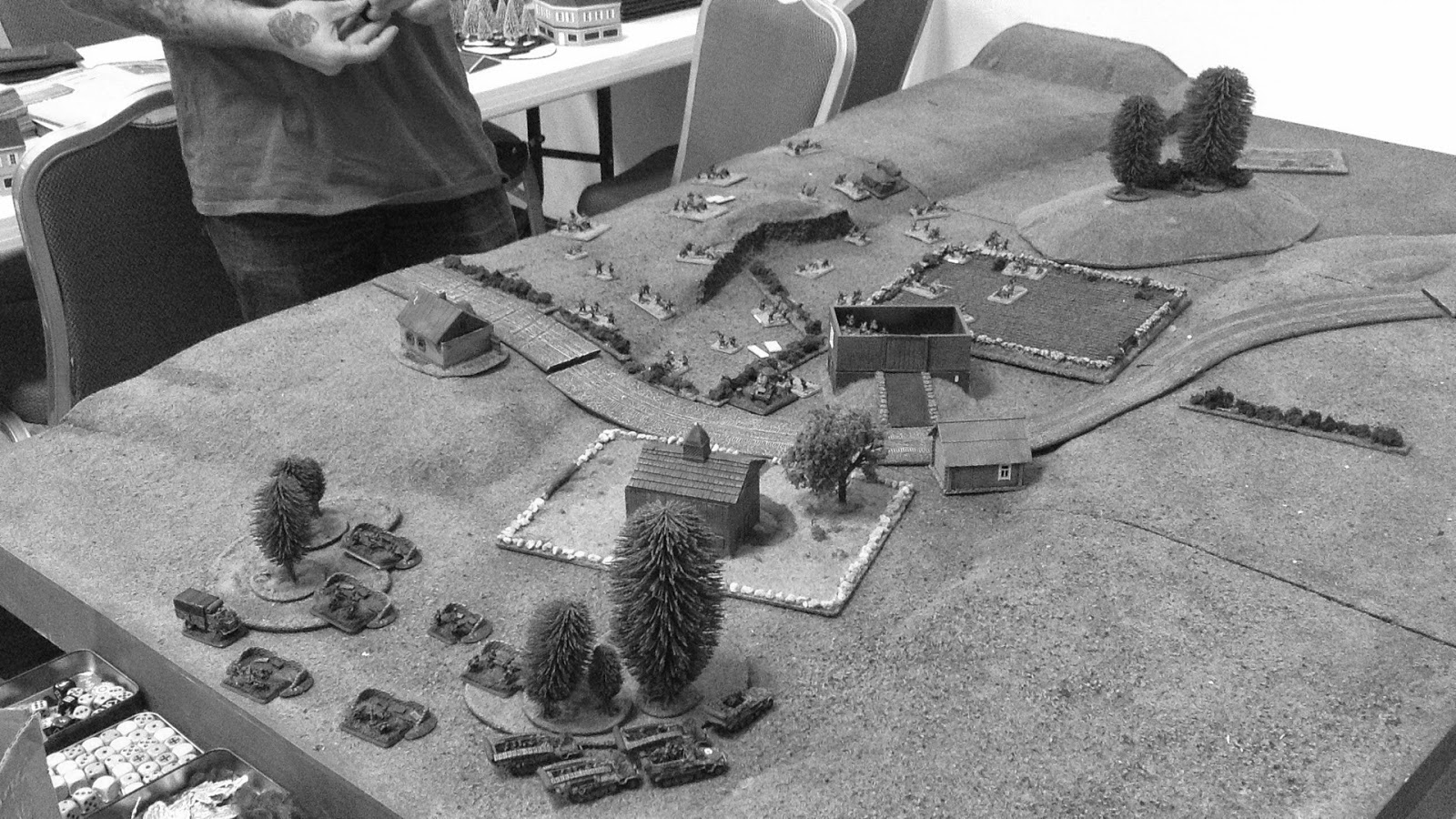