More finished work that needed finishing. The 2 Jagdpanthers are complete.

Also, since its fun to have the most POWERFUL gun in the German arsenal, I figured I would also finish off the WEAKEST door knocker as well. Although technically this one has the Stielgranate (the same one used in Carantan episode of Band of Brothers). So continuing with finishing stuff off as fast as possible. 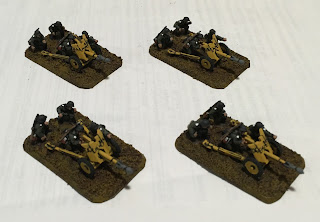 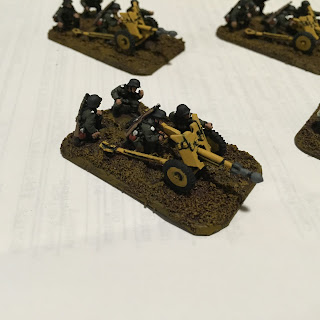 I bought a pair of Tobruk MG nests way back when when I was building up my Aussie Desert Force. These MG nests models are great because you can use them for many different armies. They give you gunners for Australians, British, French, Italian, German EW and German LW.

However, they only give you 2 actual nests. Since I had access to a 3D printer, I used my calipers to measure the nests and printed more! The models are pretty simple, so easy to print, but this allows me to use many more of the gunners in the box.

Check it out. They paint up nicely: 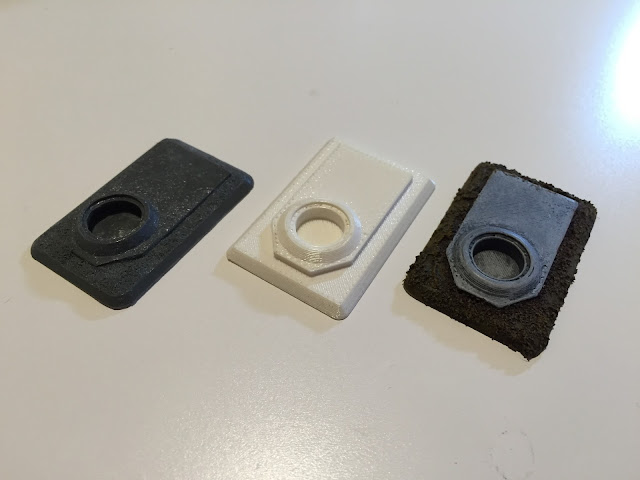 Original model on the left, raw print middle, painted print on the right. I have 7 nest bases now, and really when I get the chance will do another one.  The plan is to use 4 of them for Desert Aussies/British, and then 2 for German, and 2 more for Winter War Finnish. Will probably use the EW Germans as finns, but it should still work.

I've actually been spending the past 2 weekends painting my US Airborne force, but they aren't finished based yet so will post them when they're done. There's a LOT of troopers, and I haven't even gotten to the support sections yet (Mortar, LMGs, Pack Arty). But another solid weekend and I should have finished 27 infantry bases, 3 light mortars, 6 Bazookas, 3 snipers, 3 supply carts, the CO and 2IC. Like I said, a lotta figs.
Posted by greedo at 7:22 PM No comments:

Commandos vs Schnell Kompanie in Pincer 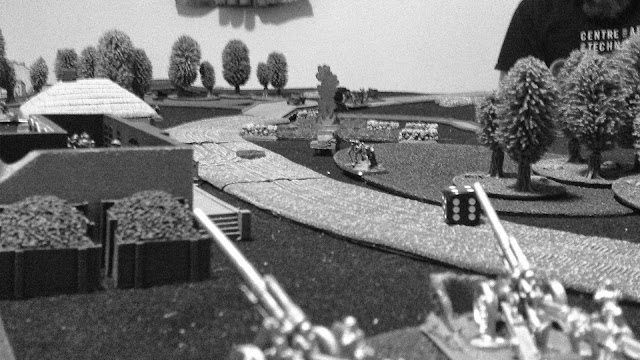 Last night I had a chance to play test my mid-war British Commando list against Ryan.  We rolled up Pincer as the mission and I decided to conduct the British speciality of a night attack. This was one of the first times I was going to be able to conduct a night attack and I was looking forward to it. 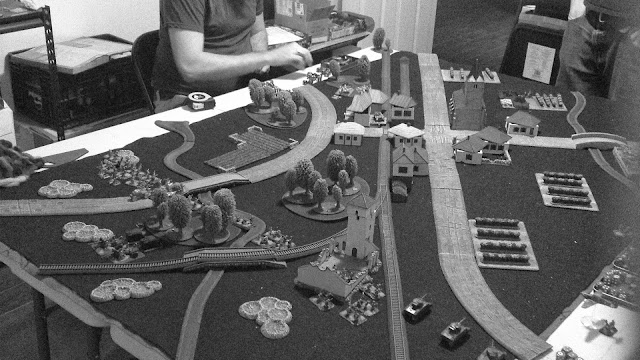 Objectives are at the train and road intersection and