This past weekend, I was able to get out and play in my FLGS, Lords of War, Team Yankee deescalation tournament. It was played at the 100, 75, and 50 point level to represent the losses as the war continued. Here are some of the armies that were played: 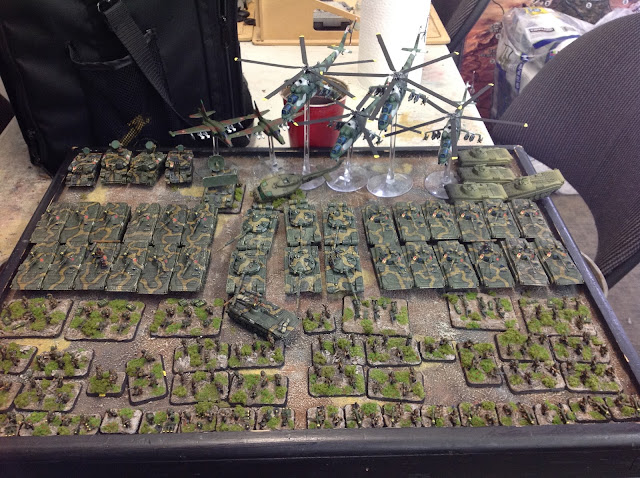 Matt Varnish from the Dice Devil's of Ottawa and his 1st place painted Yugoslavians
Read more »
Posted by Big_Willie at 8:21 PM 1 comment: