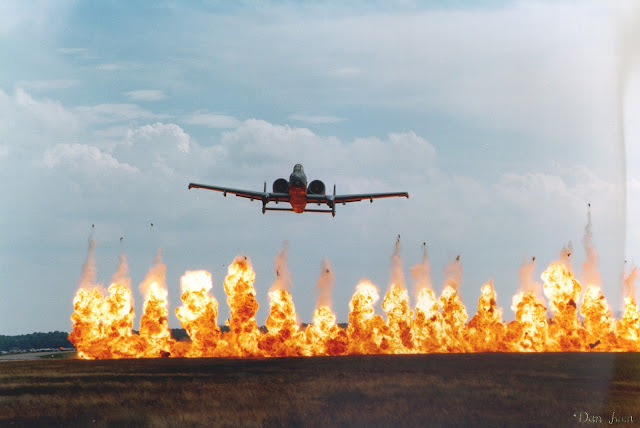 USAF A-10s quite possibly the best ground attack aircraft in the world!

I have been reading a lot of comments where players are complaining about how good or bad air power is in Team Yankee. While I admit that I am no expert I would like to think that I may have some good ideas on how to get the most out of the Fly boys on the battlefield. So the big question is should you take air power and if you do take it, what should you take and how do you use them?

Air power is not all singing and all dancing, it can be very powerful but it has limitations. Despite what we have all heard since Gulf War I, Air Power will not win a battle for you. However, Air Power can still be a massive force multiplier you may just need to adjust your thinking about how you use it.

Air can be for used as a weapon 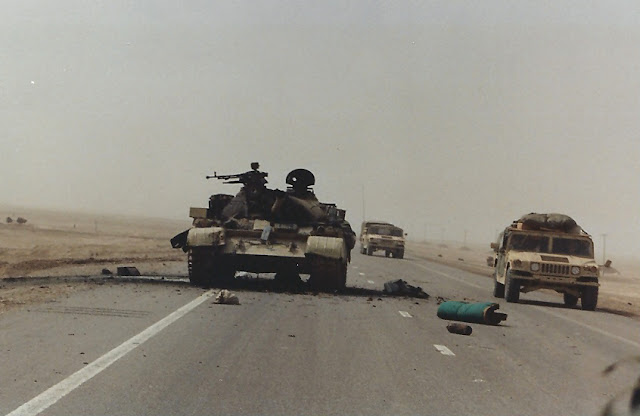 Or as a means to transport troops all over the battlefield. 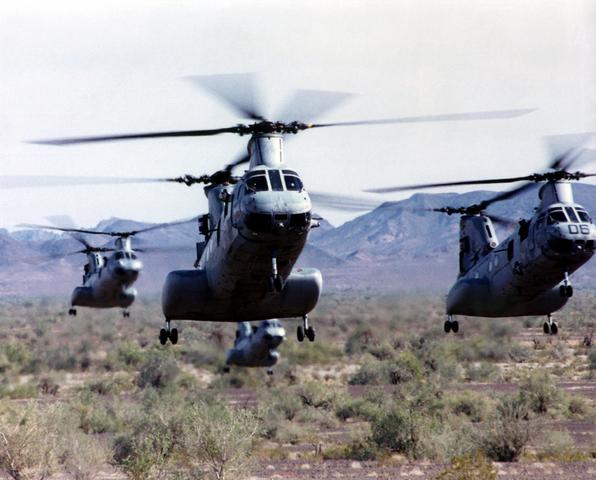 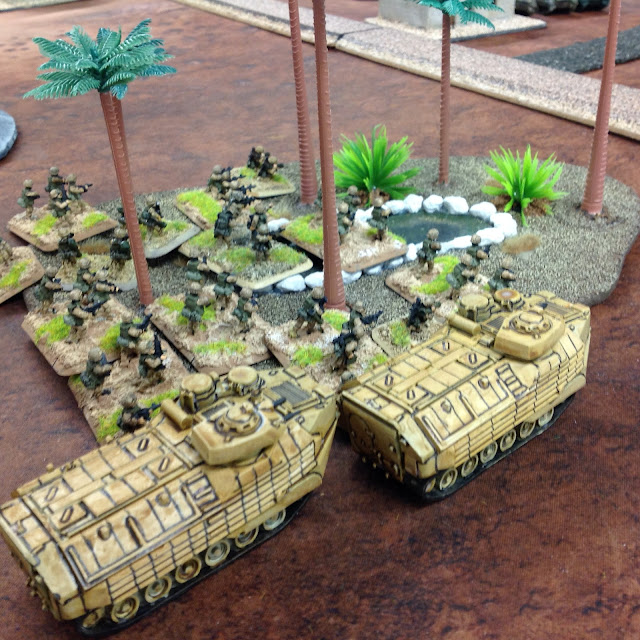 Marines supported by Amtracks ready to bring the pain

Game 3 of the Kingston Gaming Nexus' 64 point Team Yankee tournament was against Jay and his American Mechanised Infantry. Again we were playing with the battle plans and the more mission pack so I elected to attack and Jay elected to manouvre but this time we rolled breakthrough. 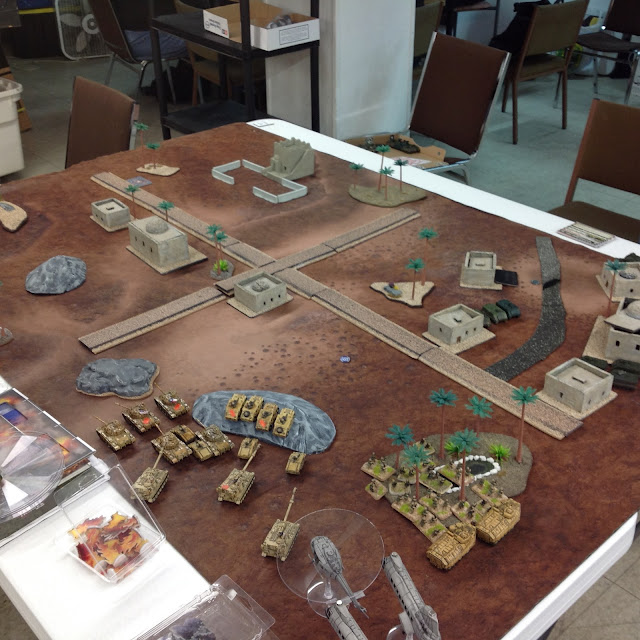 Objectives are top right by the house and far left where the road disappears off the table
Read more »
Posted by Big_Willie at 8:13 PM No comments: 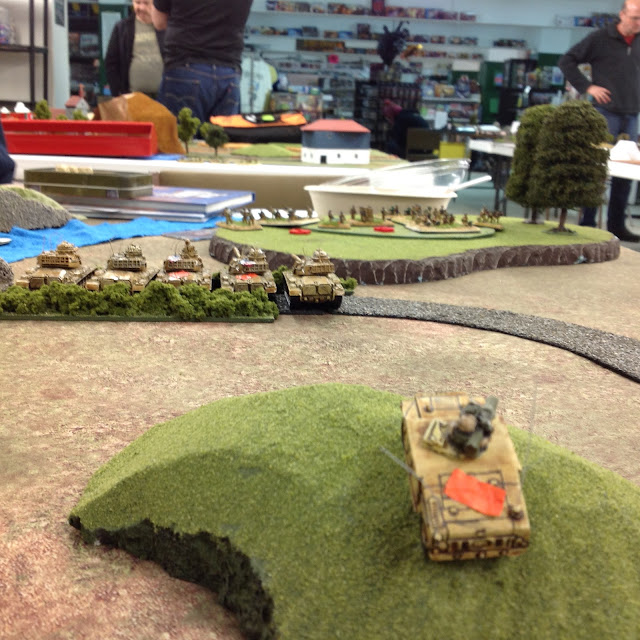 A TOW platoon commander covers the advance of the M60s

My second game of the Kingston Gaming Nexus' 64 point Team Yankee tournament was against Dean and his East German and Russian force. The tournament was using the battle plans and more missions  so once again I decided to go all in and attack. Dean elected to manoeuvre which meant I was attacking and we rolled Encounter.

Set Up and Turn 1 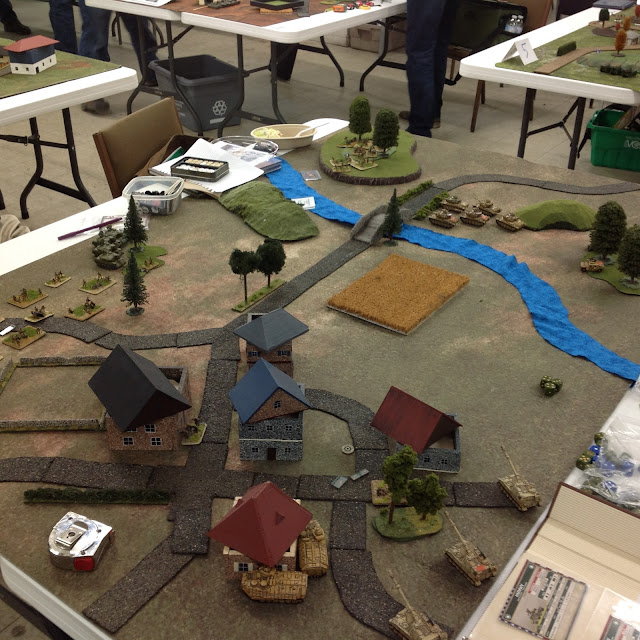 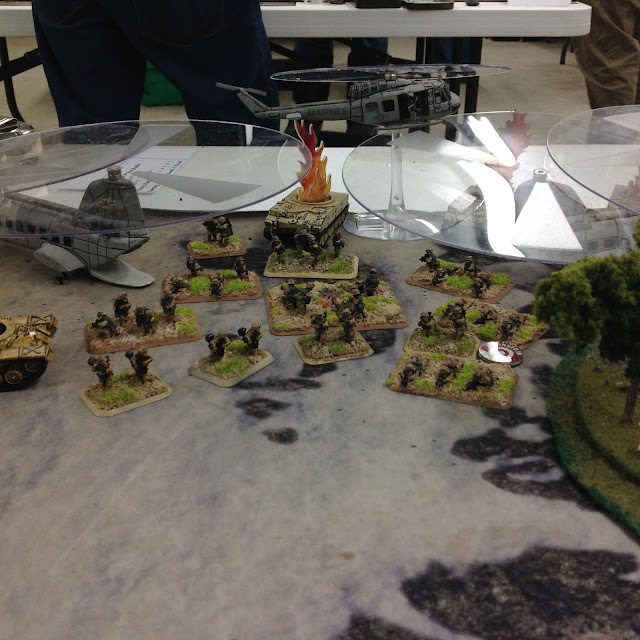 Leathernecks secure the LZ and an objective!

This weekend I had the chance to play in the Kingston Gaming Nexus' 64 point Team Yankee Tournament. Nexus has an fantastic set up and the tables and armies looked great. Ian organised a very well organized and run event with 10 players. The tournament used the more missions rules from Battle Front. I was paired against Ross and his West Germans, I figured that playing USMC meant I should be on the attack, so I chose to do so and he chose to manoeuvre. Which lead to us rolling Encounter as the mission. 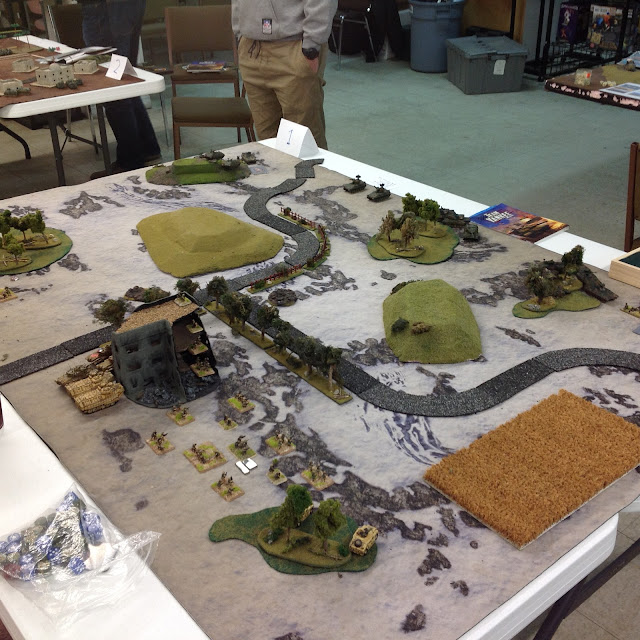