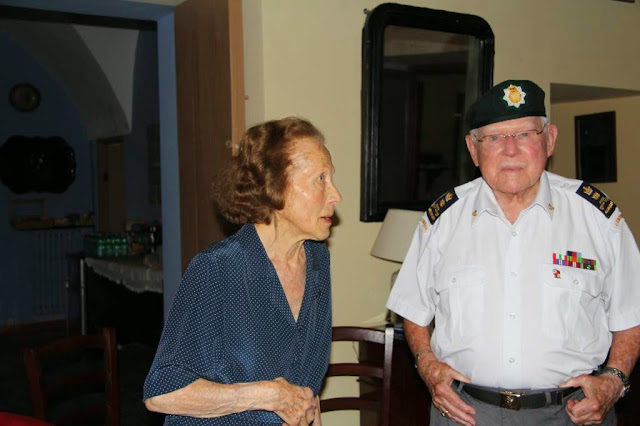 Sherry Atkinson 70 years after the landings in Sicily

Here is another entry following Sherry Atkinson's through Sicily for the 70th Anniversary of Operation HUSKY the Allied invasion.  Sherry was the Anti-Tank platoon commander for The Royal Canadian Regiment (The RCR) which was part of the 1st Canadian Brigade and in turn the 1st Canadian Division.  The journal entries are written by Sherry's wife Susan Atkinson.