King Tigers vs Canadian Infantry in Dust Up 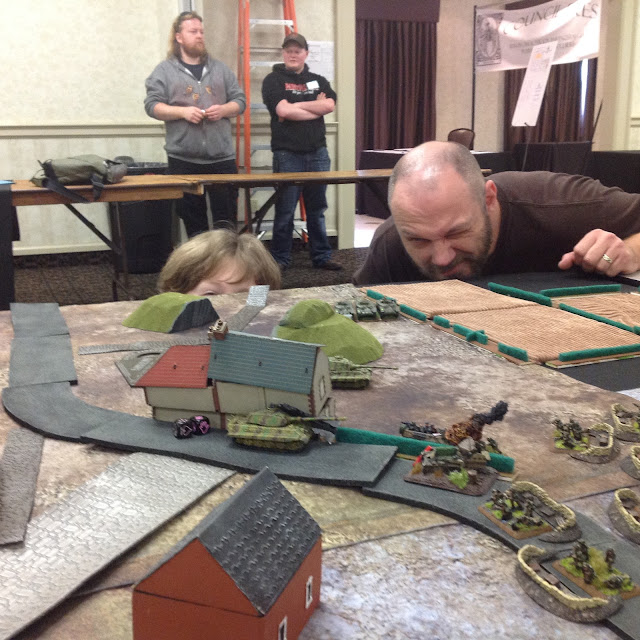 The other weekend I was able to go to Council Fires in Brantford. It was a mostly historical gaming convention with some fantasy games mixed in . As part of the convention there was a 1420 point LW Flames of War tournament. My first game was against Craig and his wonderfully painted Canadians. 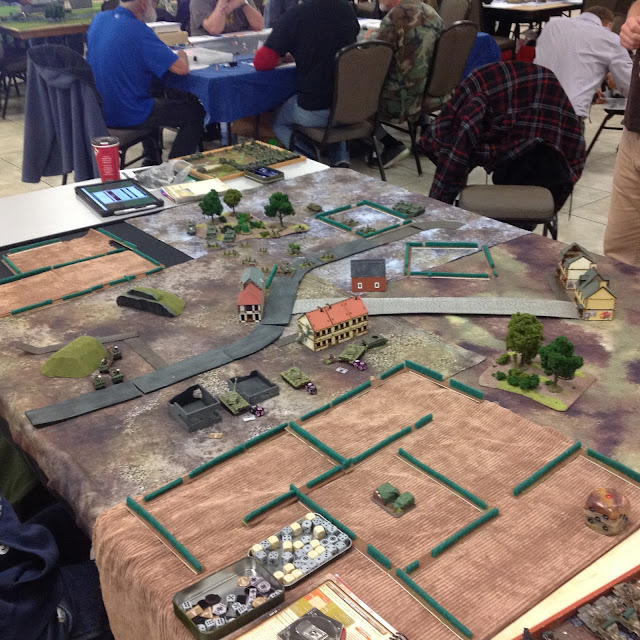