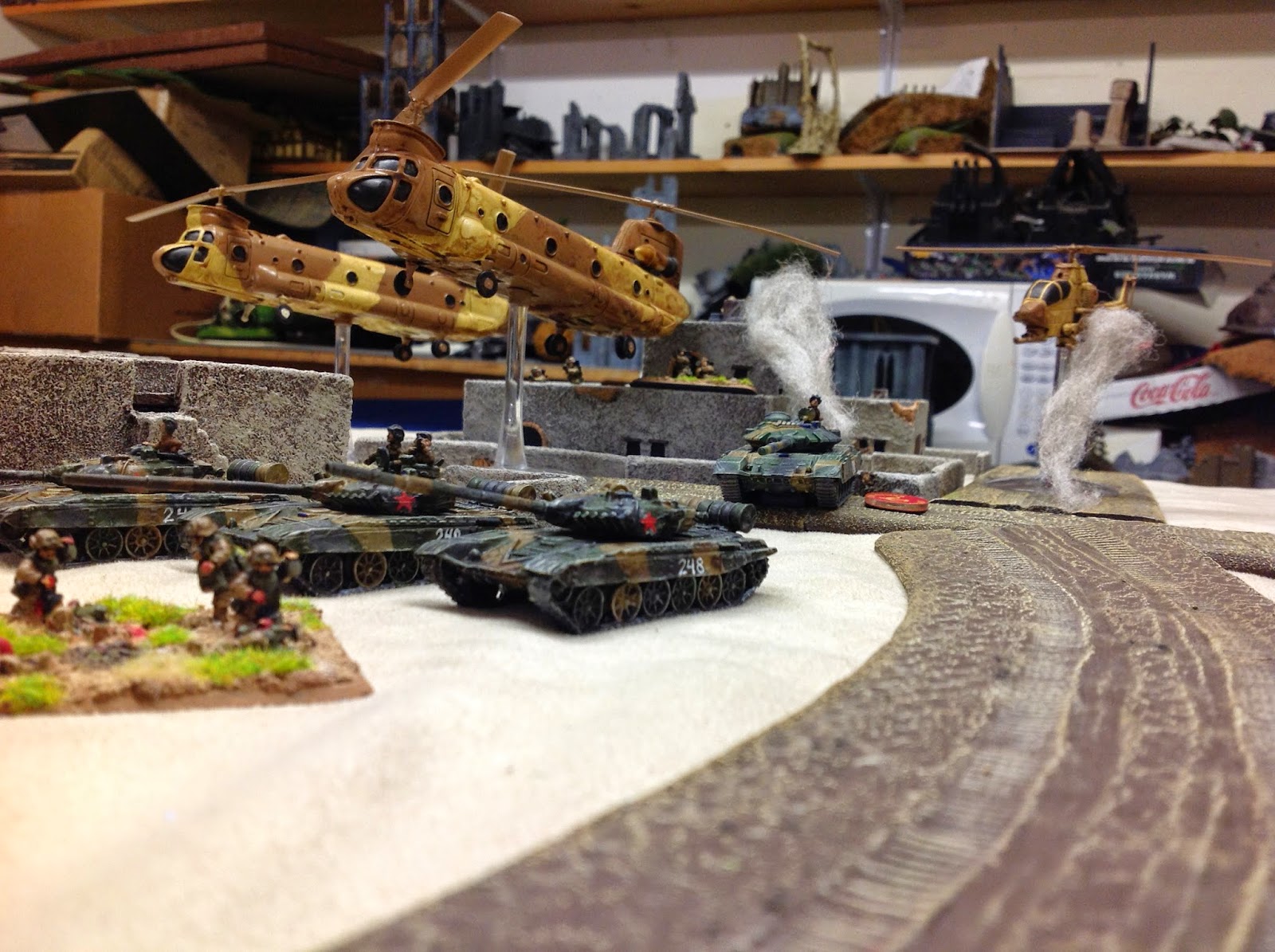 Matt Varnish from the Dice Devils and I played a game of a modernized Flames of War game using the Stopping the Red Tide rule set. If you haven't checked out www.stoppingtheredtide.blogspot.ca I highly recommend it.  Both Matt and I were more interested in having a thematic game where we could get a ton of cool pictures more than anything else.  We definitely made some mistakes while playing but as you can see from this battle report it looked stunning.  The mission was a modified Free-for-all with both of us holding some units in reserve and with 3 objectives in the centre of the table.  Basically whoever held the most objectives at the end of the game would win. We used a variety of models from converted Battlefront, QRF, Peter Pig and some scratch builds. 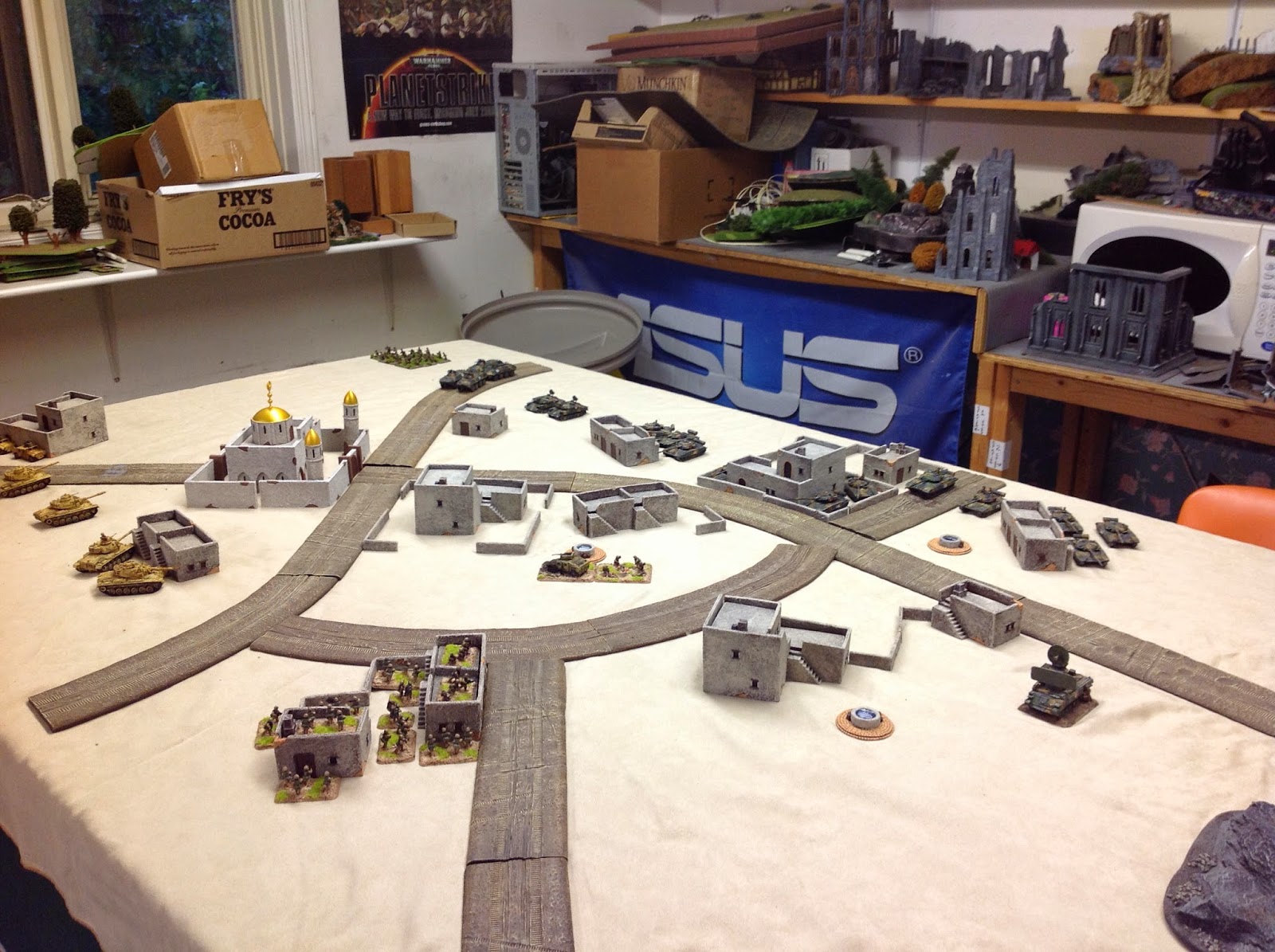 The USMC spreads out along the South side of the border town of Nisab ready to capture key points and reinforce the Recce element who had been engaged earlier in the day.  Against them was some of  Saddam's favoured tank forces.  The MC would have their work cut out for them. 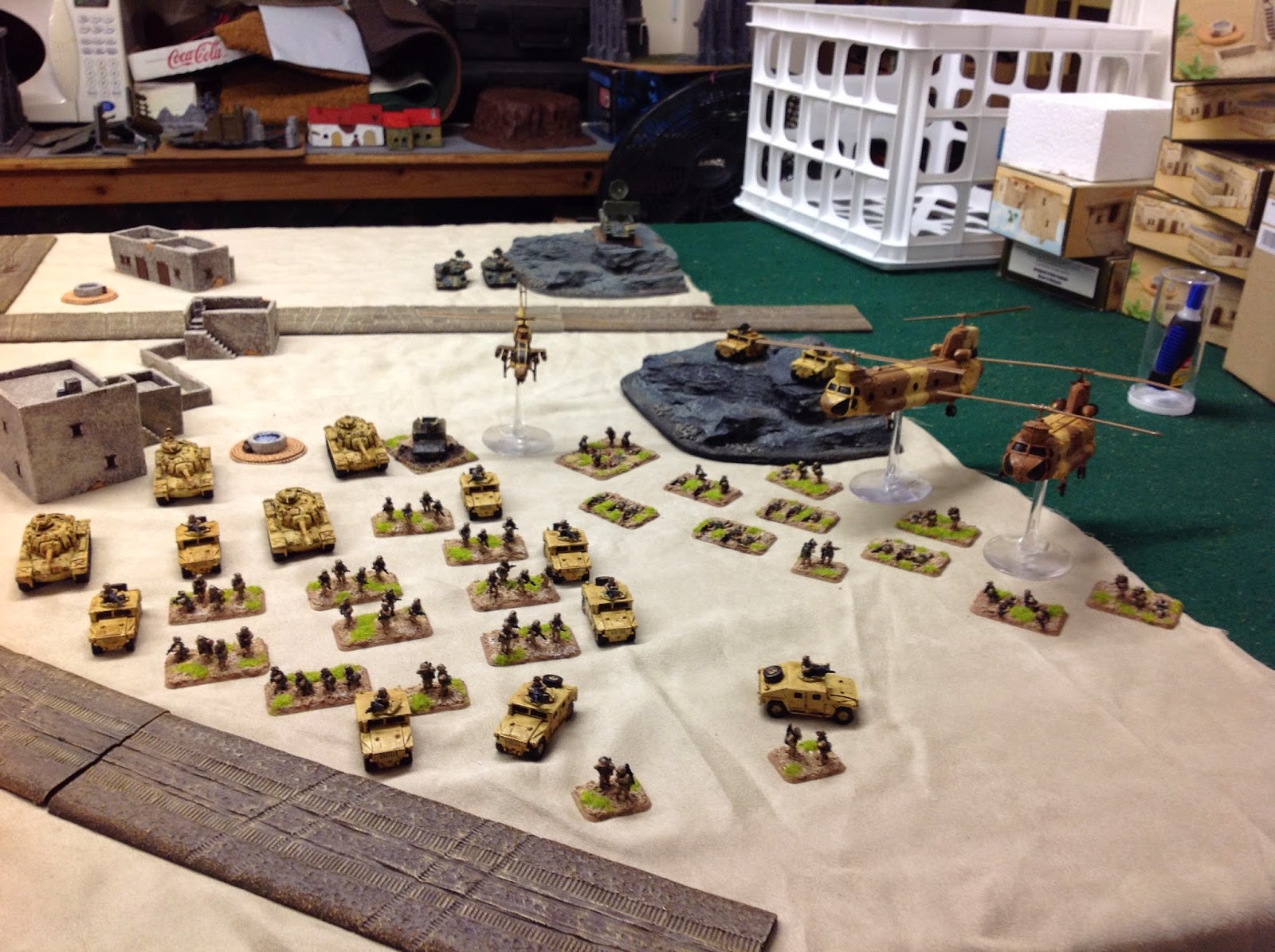 The USMC ready to roll into Iraqi after freeing Kuwait

On Tuesday night Matt Varnish from the Dice Devils and I had the chance to play a game of Stopping the Red Tide.  If you guys haven't seen the rule set, it takes the Battlefront Flames of War rules and modernizes them to 1986.  You can check out his website at www.stoppingtheredtide.blogspot.ca We took it a step further and played with USMC and Iraqi National Guard Armies.  I'm working on the battle report of it now but figured that everyone would like to see just how awesome the models look.  I hope you enjoy. 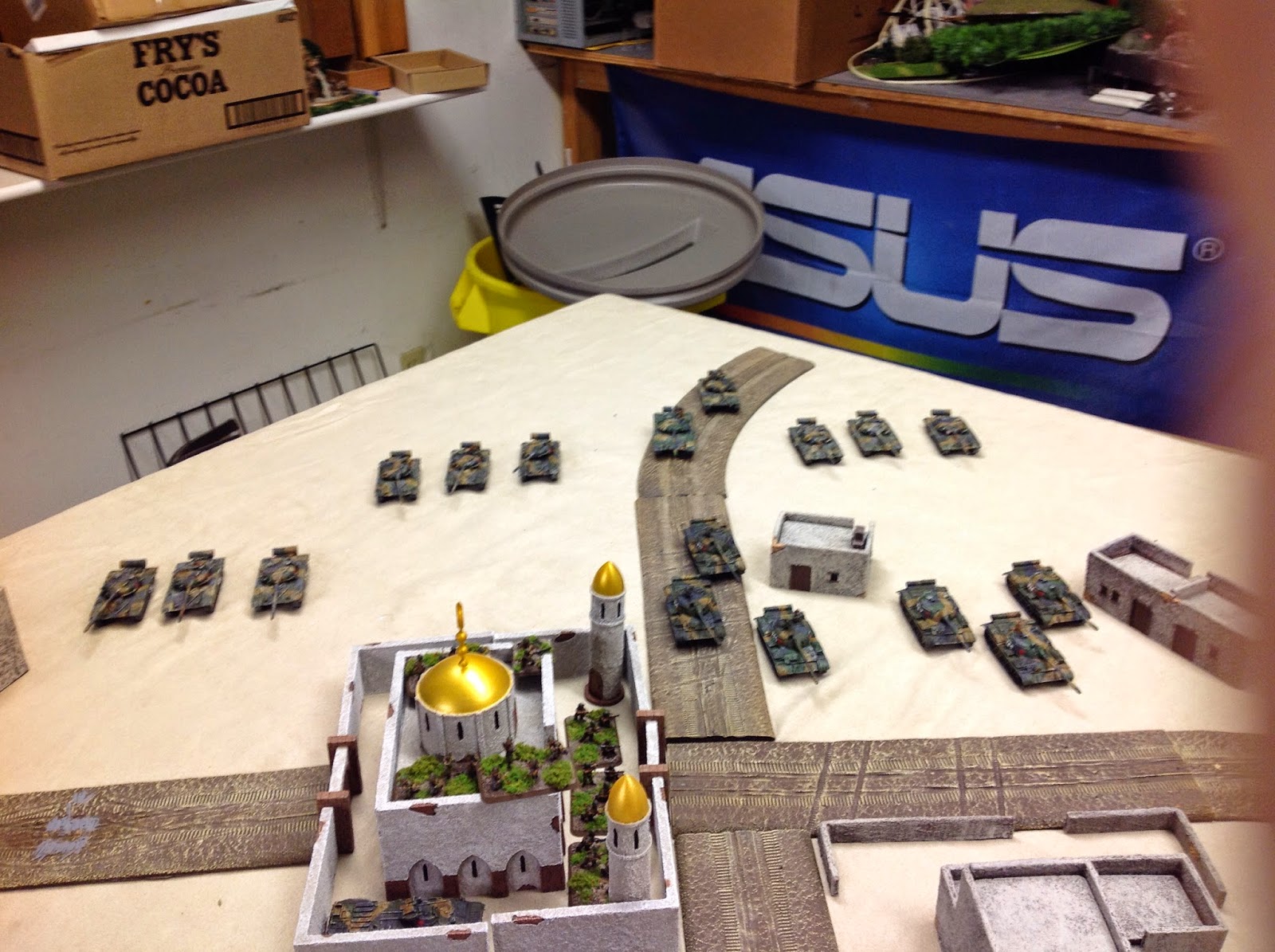