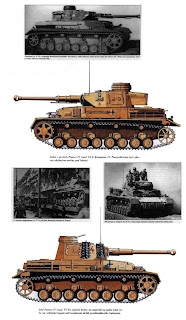 Matt Varnish from the Dice Devils has started an Early War Escalation League, which is another great reason to finish painting up my Desert Germans!  I have created two lists one of Mech Infantry the other a Mittrer Panzer Company and now all I have to do is get them on the table.  The way the tiers work are month long periods starting at 600 pts and moving up in 300 point chuncks (ie 900, 1200 & 1500).  I wasn't able to get as many games as I would have liked at 600 points (only one) but I now have an EW game under my belt.  Stay tuned for the AAR from the game and WIP shots as I get more painted.   To help with some of my inspiration take a look at this video that Matt Varnish found while doing some research to help me out.

Posted by Big_Willie at 5:17 PM No comments: