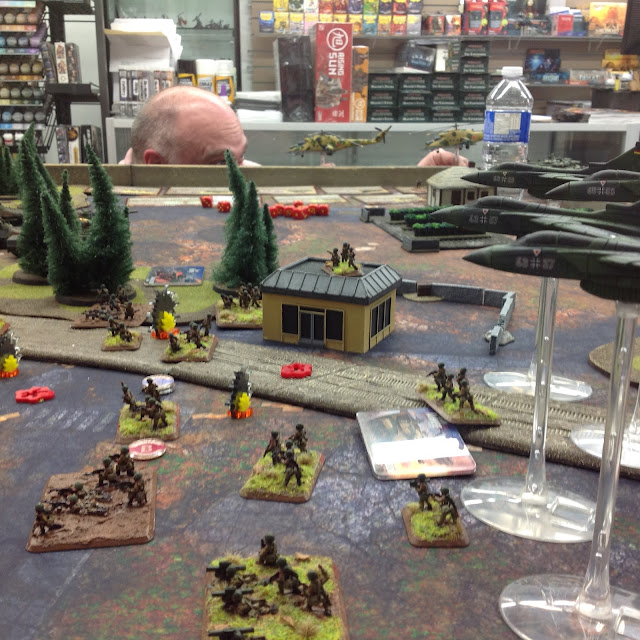 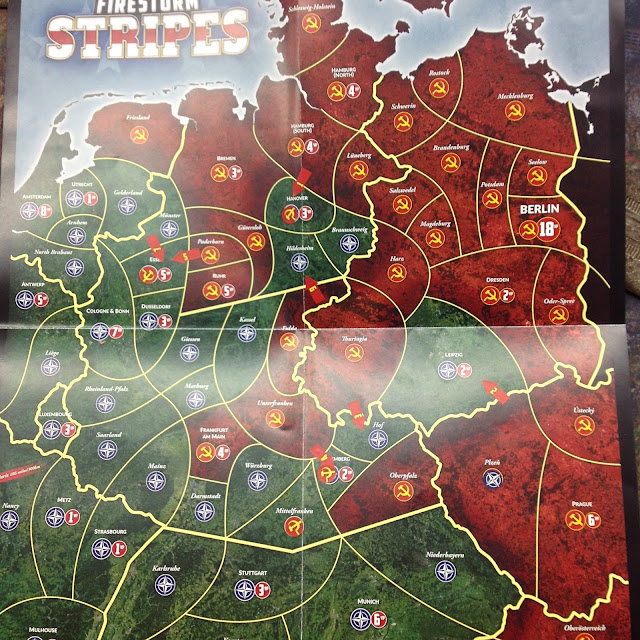 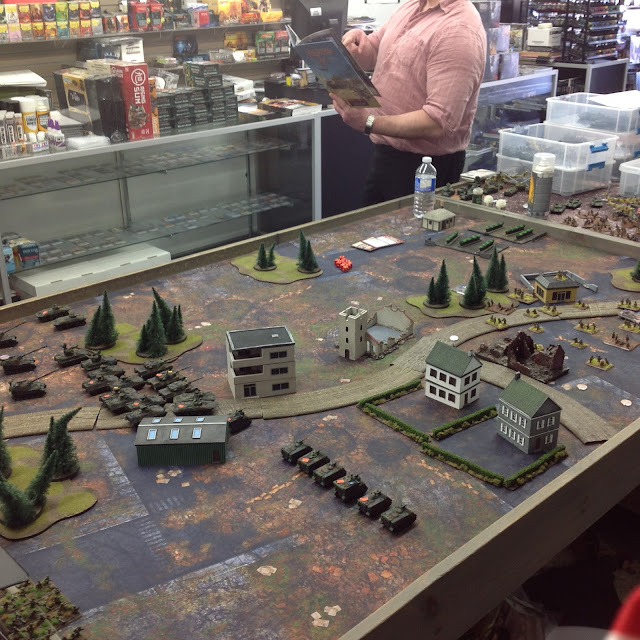 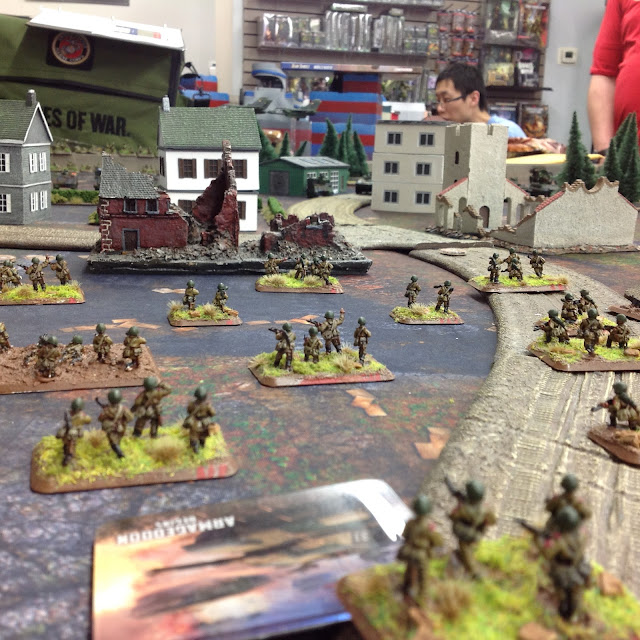 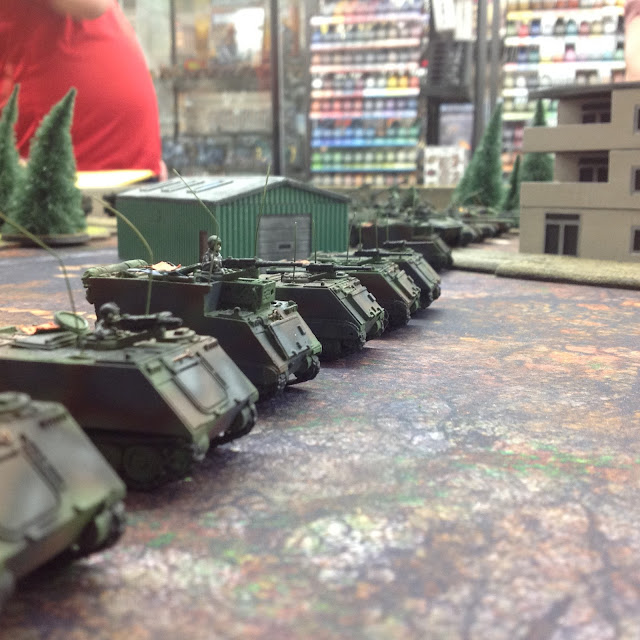 Arrayed against them is the West Germans, who are now fighting to retake lost German soil. The M113 force would have the job of fixing the enemy while the Combat Team of Leo1s and Marder destroy them 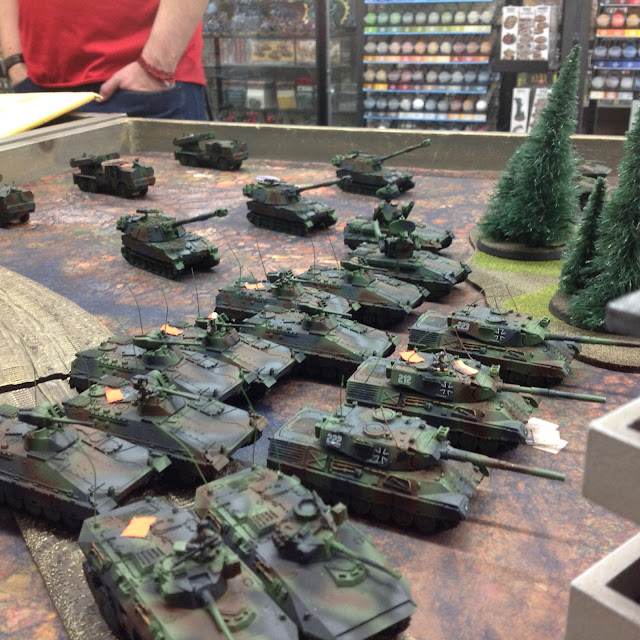 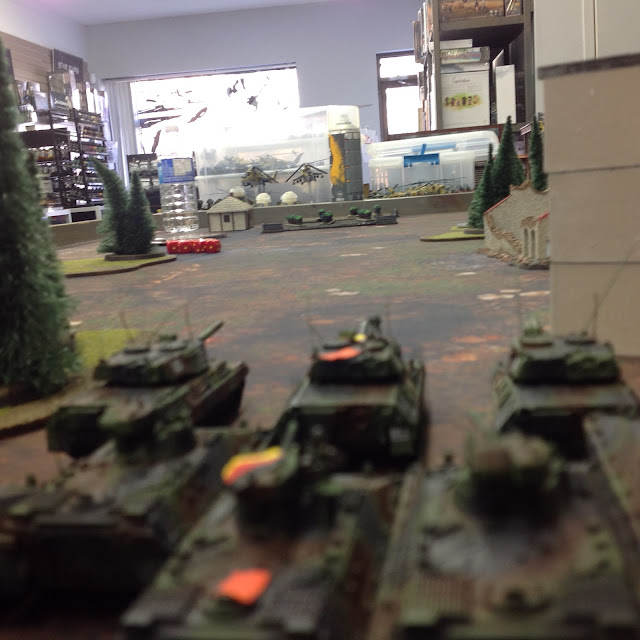 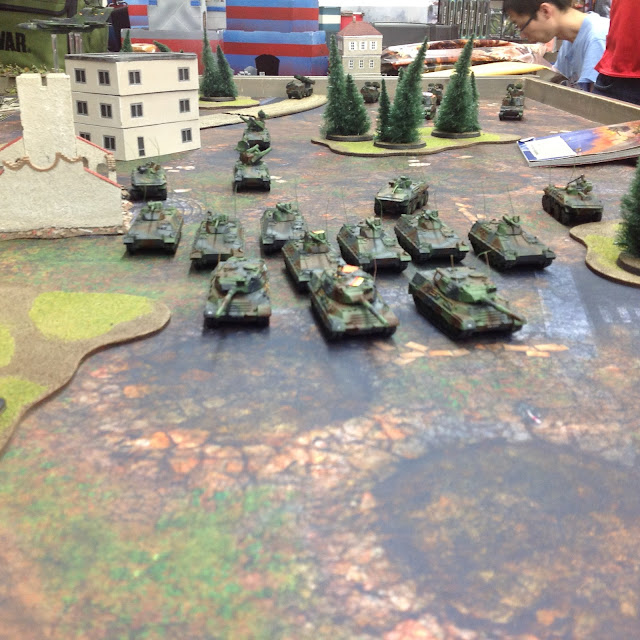 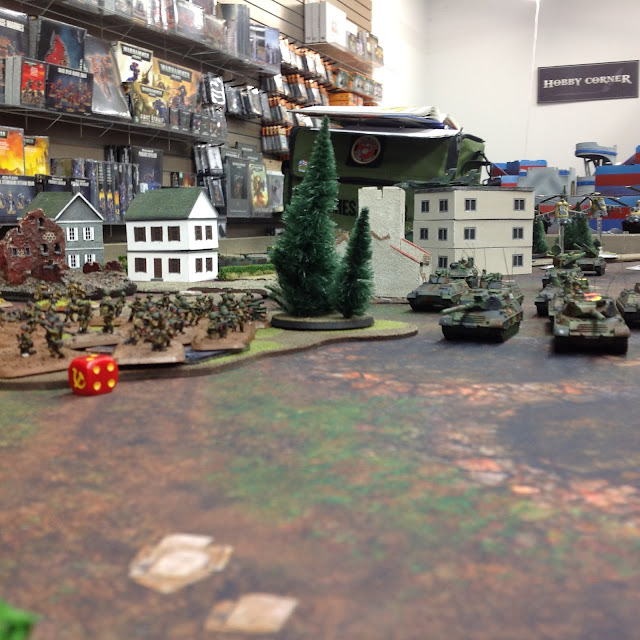 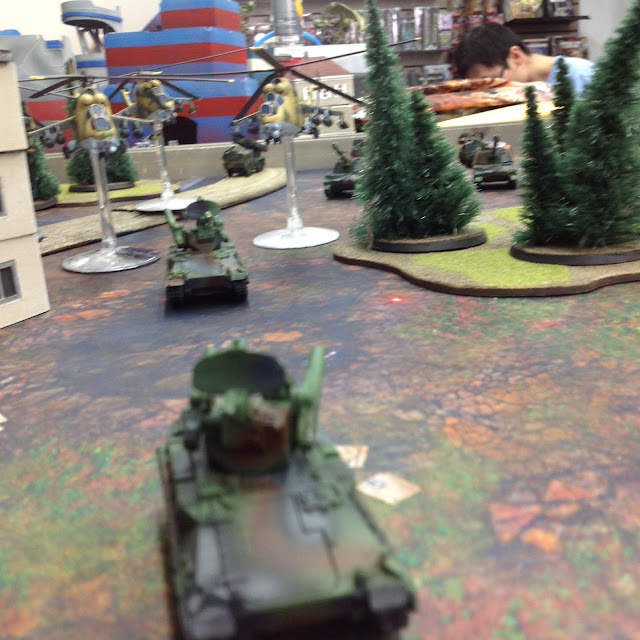 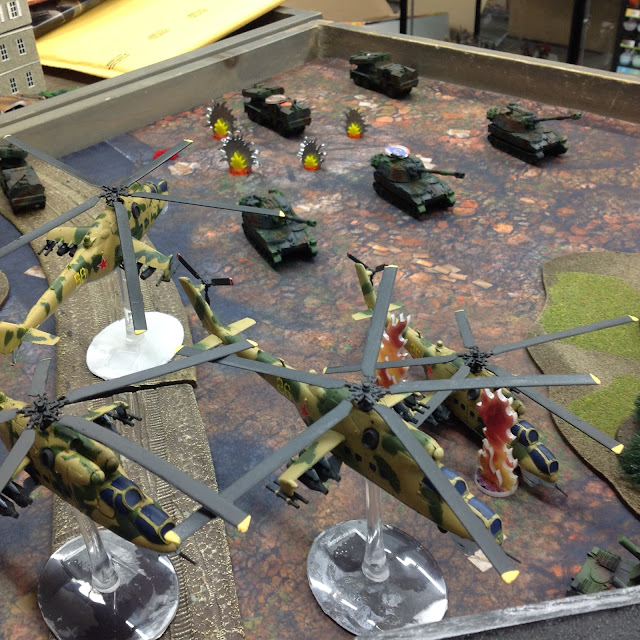 The Rolands fail to harm the Hinds but the .50 Cals and 7.62 MGs knock out a helo before a LARs is destroyed 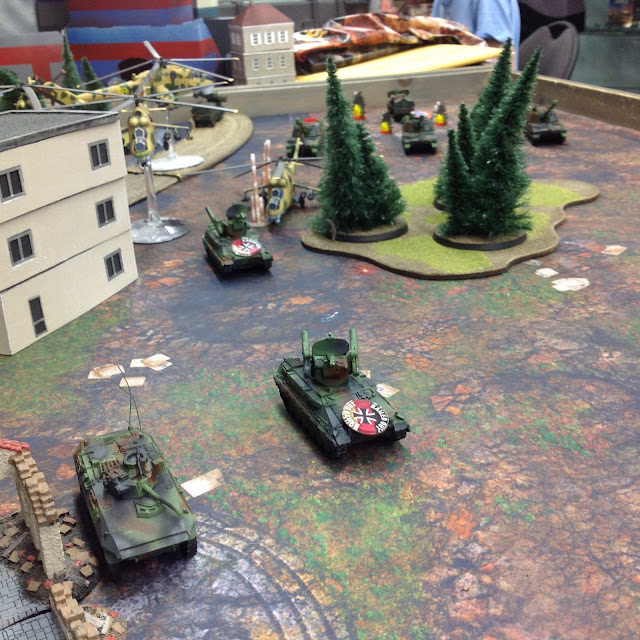 The Rolands are bailed out for their troubles but stick around 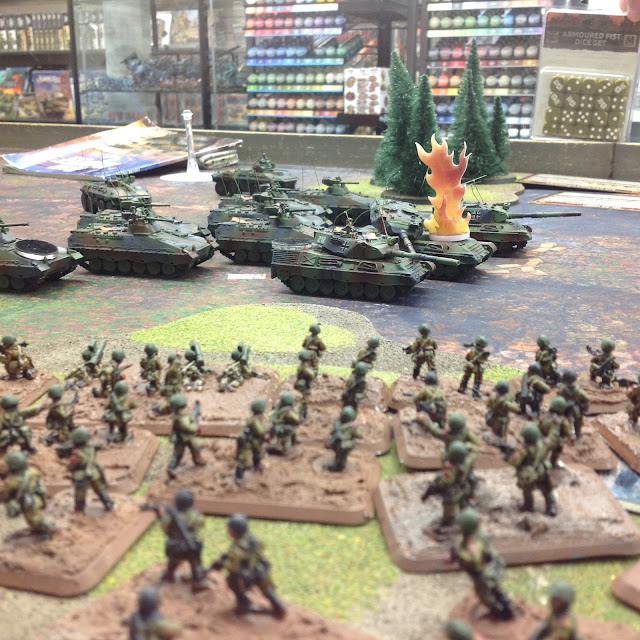 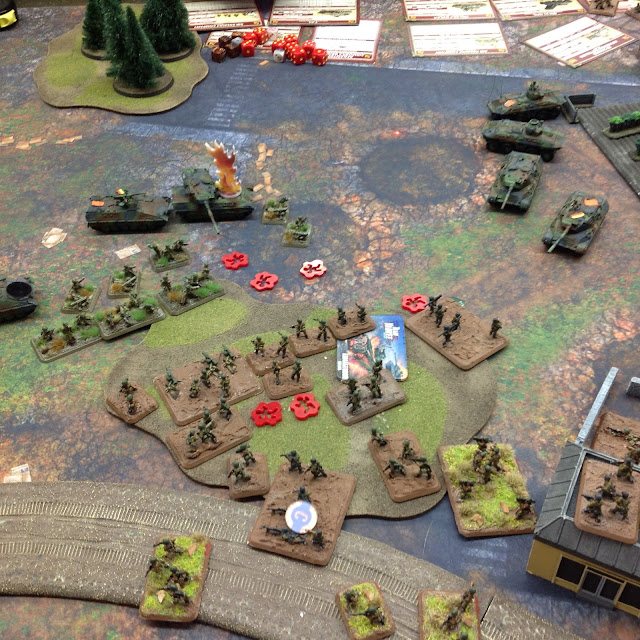 The Leo1 remounts and moves off to allow the infantry to assault. After a tremendous amount of fire only 3 stands of Russian infantry are knocked out. The Germans assault only to lose 3 stands in defensive fire prompting the OC to adjust his plans 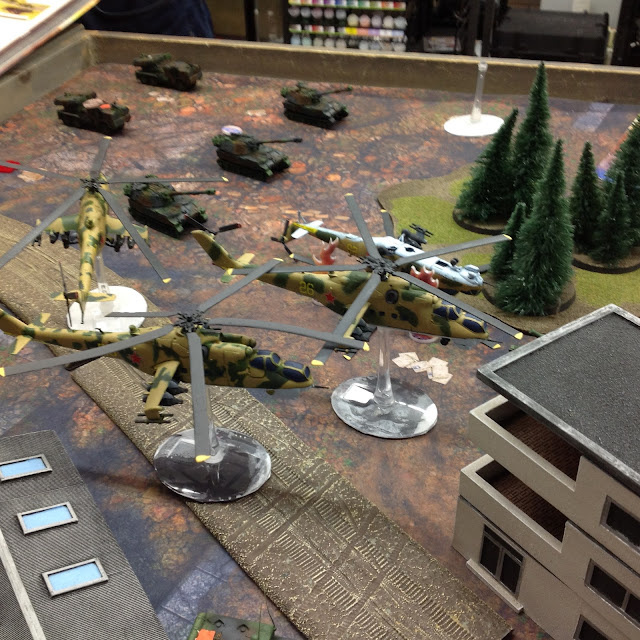 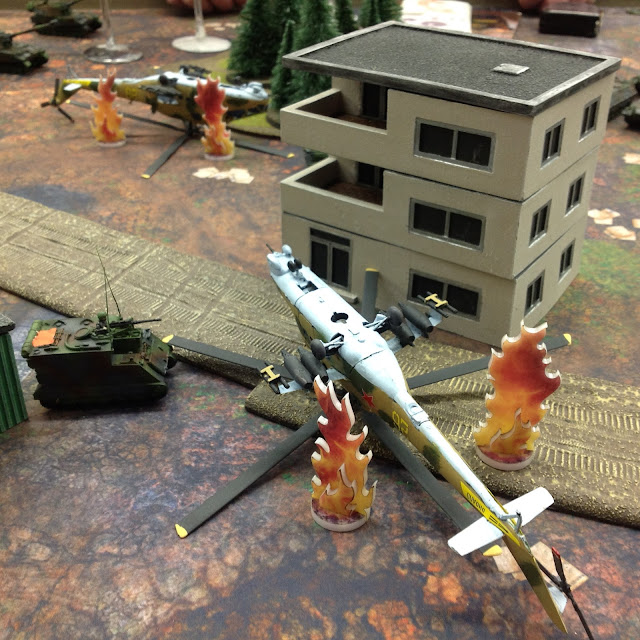 .50 Cals knock down another Hind in front of the FIST, The FIST is continuing to be successful ranging in both the M109s and in a subsequent attempt the LARs 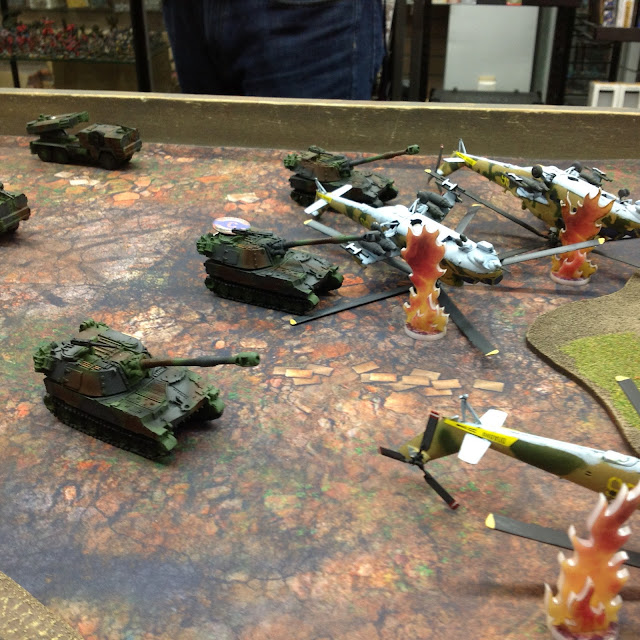 The Rolands hit multiple times but are unable to down a single bird. The .50 Cals and 7.62 MGs manage to take out the pair 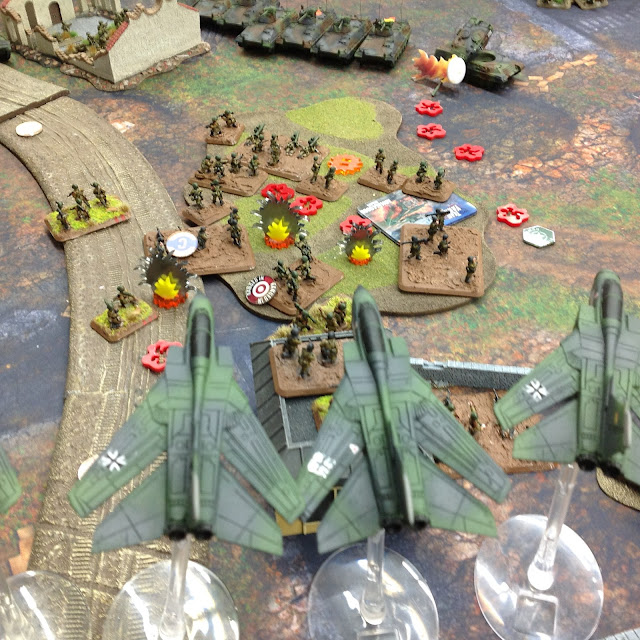 With a roar overhead the Tornadoes begin dropping their munitions 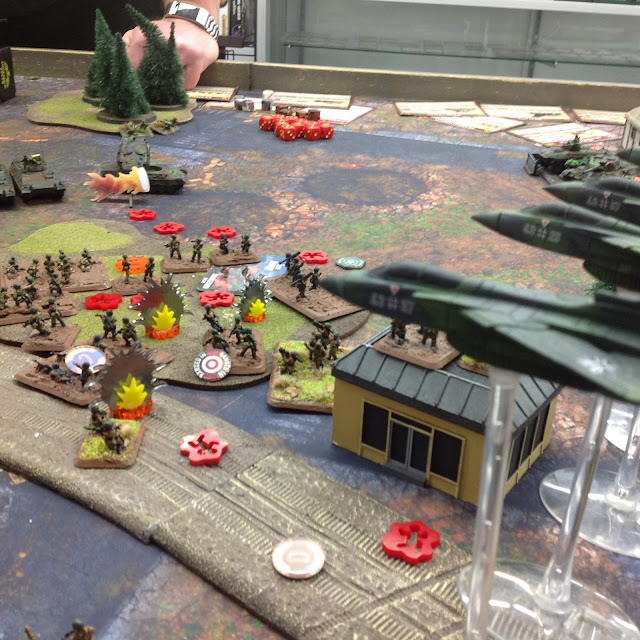 Bomblets begin exploding around the objective and the beleaguered defenders 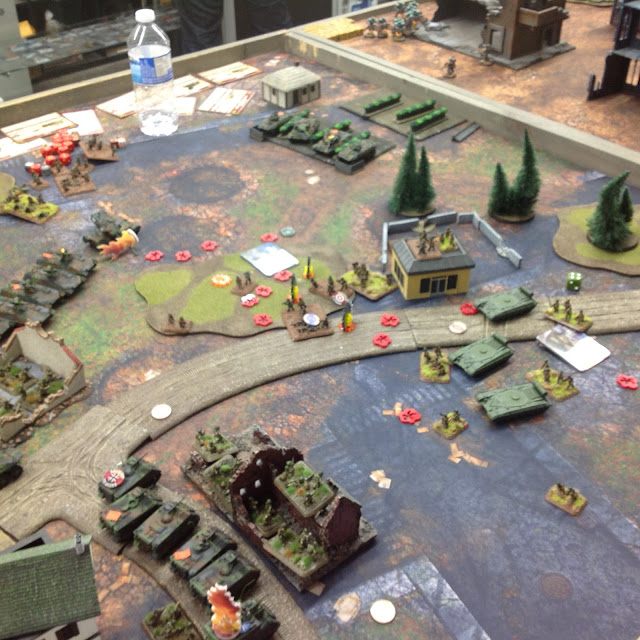 With the Russian defensive fire being so strong the turn I assault it almost cost me that platoon, so I pulled back and oriented the Milans to cover the back side of the table while hammering the dug in Infantry with M109s, LARs and Fast Air. The result was a Shawn losing about 4-5 stands a bombardment so we called the game 6-1 for the West Germans. 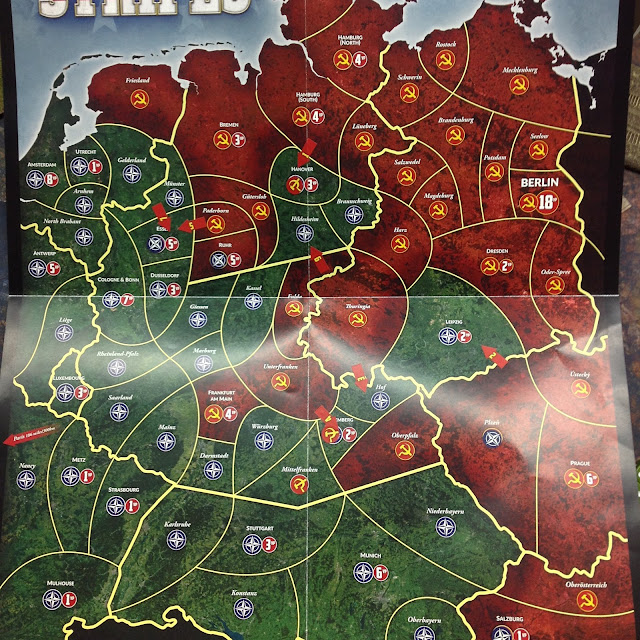 The West German counter attack had been so fierce that it had continued through Essen and into the Ruhr taking 10 VPs in total away from the WARSAW pack! Thanks again to Beast of War for putting enabling our games to have a larger meaning and thanks to Lords of War out FLGS who picked up a copy for us to play.