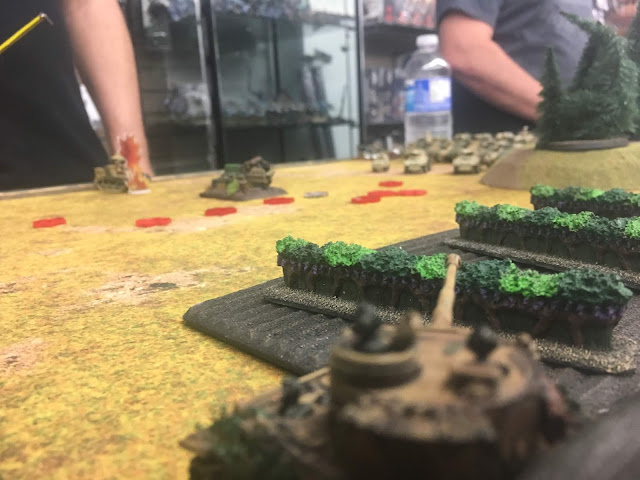 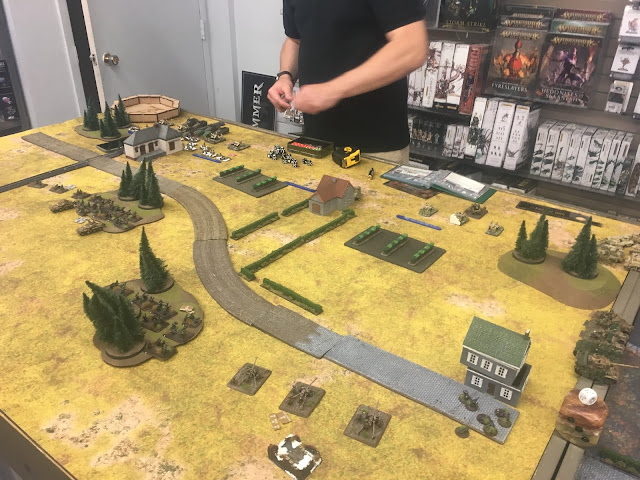 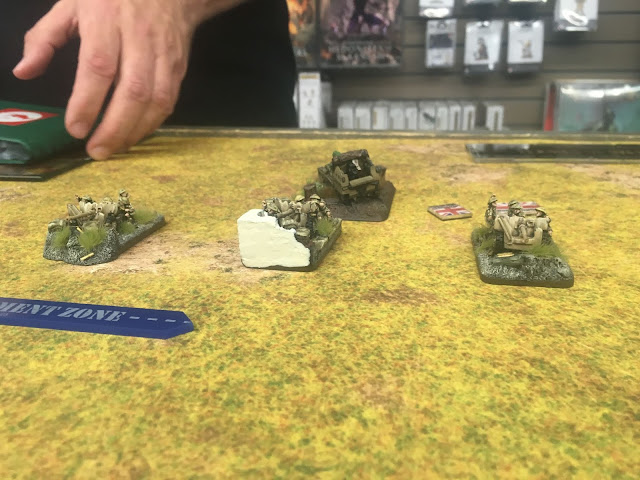 6 pdrs AT guns guarding an objective 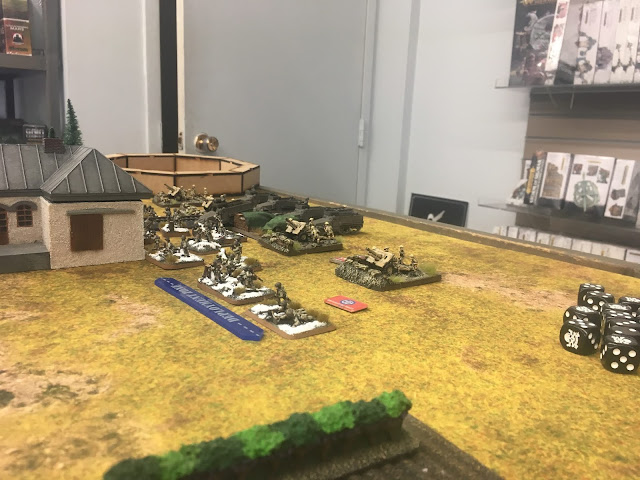 25 pdrs and Armoured Rifles guarding the other objective 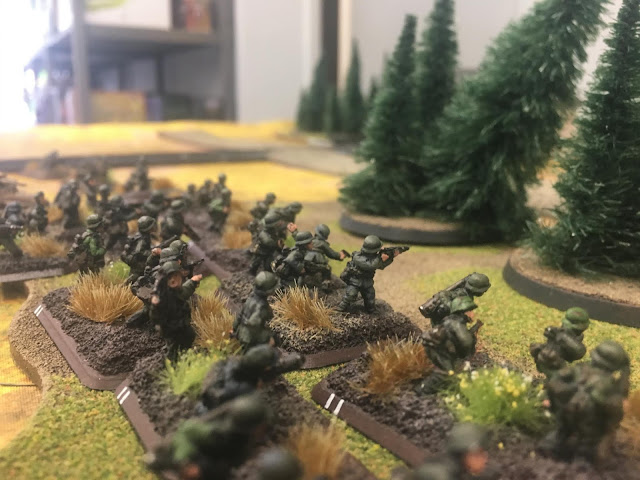 Grenadiers ready to clear out the Tommies 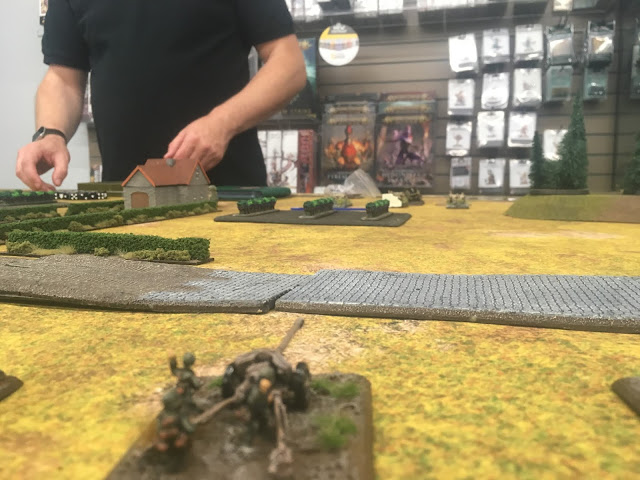 The PaK 40s make an incredible shot from across the board needing 7's to hit and they take out 2 x 6 pdrs! 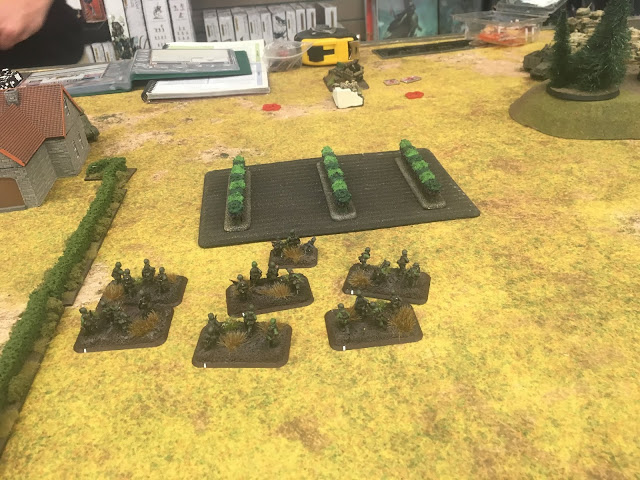 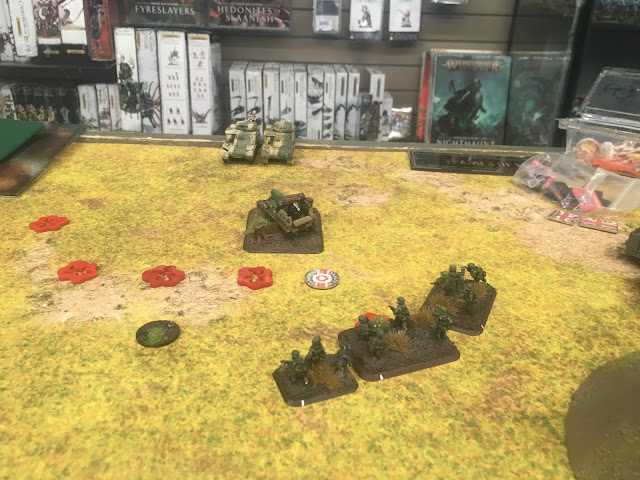 Brit reserves begin to arrive all behind the hill feature on the right side of the table. The PaK 40s effectively have the area covered except for a small area behind the hill. That small area allows tanks to start MG the Grenadiers who are out in the open 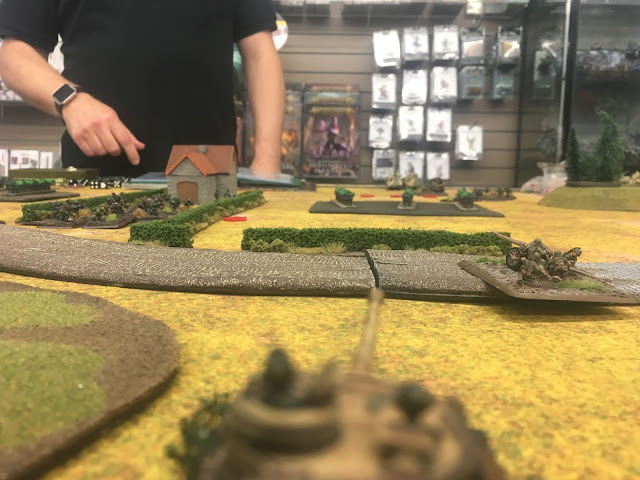 The newly arrived Tiger opens fire from across the table to try and help out the Grenadiers. This is also where Craig wanted to play the "lucky" card to have his OC make the save against the Tigers main gun.

The Grenadiers are wiped out to a stand but the remaining Brit Armoured is effectively pinned behind the hill afraid of the PaK 40s and the Tiger. The Tiger advances to deny them this position of enfilade 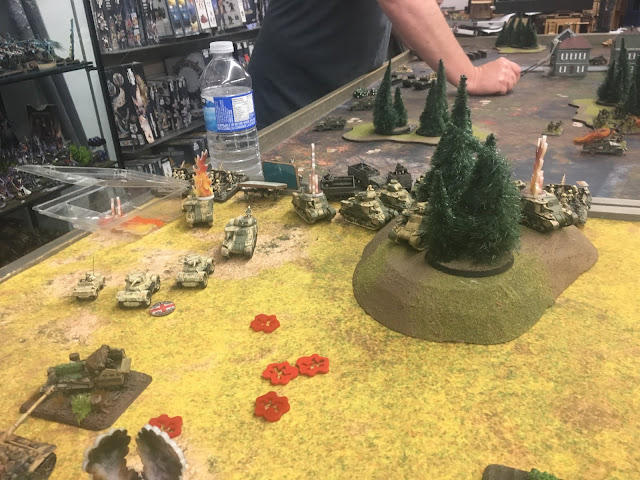 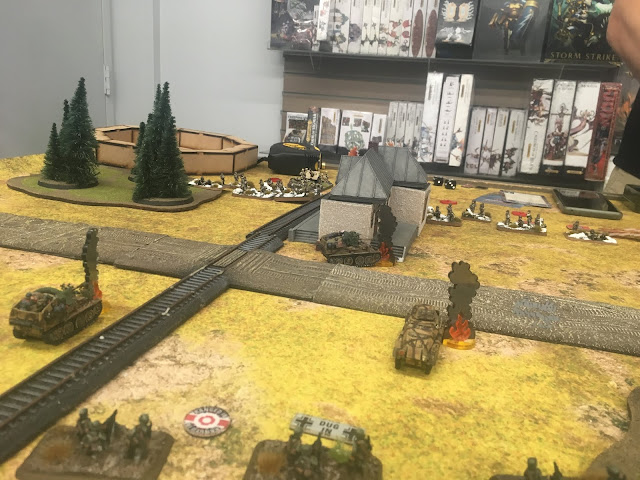 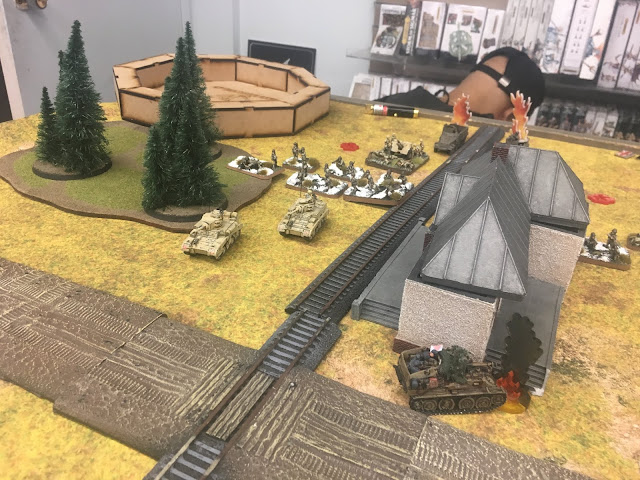 The Stuarts having lost one of their number racing along the back of the table start to emerge now that the Marders are gone. The HMGs finally manage to knock out 3 of the 4 25 pdrs but the Brits stick around 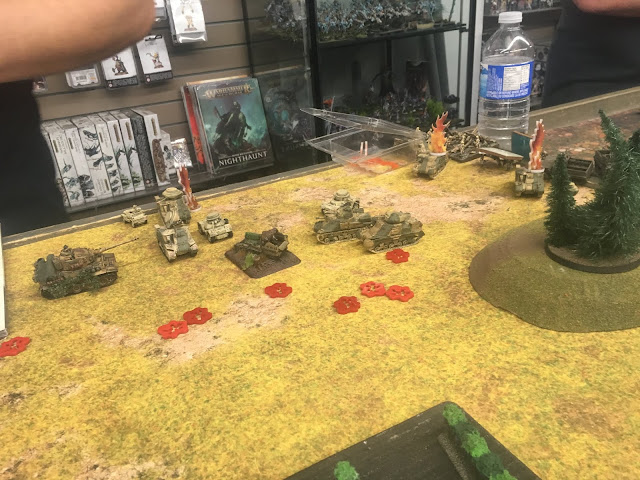 Grants attempt to swarm the Tiger but to no avail, the big cat continues to take out 1 or 2 tanks a turn


Talk about an outstanding game that allowed all sorts of fire and movement! In the end the game was a 3-3 draw with heavy losses on both sides. In retrospect I would have been a little more careful with the Grenadier platoon to make sure they weren't hung out to dry. If I had waited a few turns they could have advanced with the Tiger and KV in support which would have made them much more dangerous.

What does everyone think about the saving throw question can you pass a saving throwing using a card that you can't actually pass with a successful dice roll? Leave a comment and let us know.
Posted by Big_Willie at 10:39 AM